The joys of being an only child 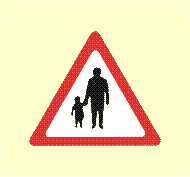 Please don't thik badly of me. I don't take advantage of the situation, I don't ask my parents for anything. I'm 26 for gods sake, I'm a full grown woman with my own business, I'm getting married! But I'm skint. Totally skint. Mostly BECAUSE I'm running my own business, which as of yet is not turning enough of a profit to pay myself a wage.

On Saturday, I wont be. In theory anyway.

Dad called me last night - Fay had told him what had happened to my poor mondeo and had also clearly told him that I am very stressed about it. She had mentioned to me earlier that they had some cash spare, and that dad would probably want to help me out financially with acquiring a replacement car, and mum had already said that she too would help out (by sending me the £300 again that she had sent to help with the MOT. That cheue was made out to the garage so I had shredded it). I thought that he might send me a couple of hundred (or a little more because he always has to out do mum) so I could find a nice little second hand car.

This is what is actually happening: On saturday he is coming over with £1000!!!! And we will be going to a car lot with that, and the £300 from mum to buy a clio or corsa! OF MY CHOICE!

Let me explain the astonishment of this; apart from the fact that his is an amazing act of generosity on the behalf of both my parents, dad allowing me to choose my own car, from a dealer, and a SMALL car at that, is totally out of character. Buying me card is something he likes to do (he has a need to spend money, no matter what on). Again, at the risk of sounding like to "poor little rich girl" and "spoilt brat only child" dad has alrady bought me 2 cars in the past. And as a result I would NEVER allow him to just present me with a car ever again!

At this point I desided not to take any more cars of dad. I don't think I was being ungreatful. After that I didn't bother with a car again until 2 years ago when mum and John found my mondeo. And to it's credit, it's been a damn good car. It's needed the odd fix and the imobilizer removing, but apart from that it's never let me down. Which is why I'm so sad it's going to have to go now.

Dad has funny ideas about cars. When I was turning 18, he wanted me to the opal. Mum wanted me to have her old citron visa, and she was buying her self a new citron AX. Dad said the AX would give the "wrong impression" when I rolled up to uni in it.... Funny, I'd have thought that a car that actually works would give a better impression than a clapped out one, regardless of it being a sports car. Dad won that argument, and the visa was sold.

Dad, though, feels the need to impove on the mondeo. Like I've said before he is in constant competiton with mum over who can get me the best stuff (mum's not competing, but she says I might as well enjoy it), and he's pissed that it was John who found me the perfect car not him. For example, when I was 16 mum bought me a radio, dad bought me a hi fi system, at 14 mum lets me have a weekend at my mates house, dad takes me and said mate on holiday to france, at 17 mum pays for my driving lessons, dad buys me a car when I'm 18.... You see how it goes? Well, now mum buys me a car that doesn't try to kill me, I sing praises of said carafter growling about the ones he bought me. Now car is dead, dad has to try to beat her by getting me a much newer car, a more expensive car...... (I wonder what would happen if he knew about the house?)

I want to state again, that I have at no pointed asked either parent to buy me a car, or even to help me buy a car. They both know I am gutted about the mondeo, and that I cannot afford a car, but I was not even hinting that they should help me. I was in tears when they both insited on helping. I told them both that they shouldn't feel they had to do this, that I was 26 and should be independant by now and sort out my own car. They both said that they wanted to help. That they knew that all my money was going into my business, and that they wanted to help me, and the business, and Yorkie, by getting me a car. After 16 years of devorce, helping me is still the only thing they an agree on. That still makes me well up.

Mum reminds me that if she herself had not inherited money from her parents, and invested it well, she would not be able to live as she does now, so I shouldn't feel bad about accepting help. It's only like inheriting, but she gets to see me enjoy it. Dad is a spend-a-holic, and as mum points out, if he insists on spending money, it might as well be on something that will benefit me. Plus, it makes him happy to help his "little girl". He loves spending on me and Yorkie, he's told us so. But a grand is a lot of money!

I feel so guilty, but so blessed at the same time. Am I terrible for accepting thier help? Am I using them? I certainly don't mean to. But wouldn't it also be stupid not to accept the help that's offered me? After all, a car is something that I need. I am under orders from dad to go looking for a car today that I'd like to have, and I'll go and do it. I just hope that one day I'll have enough money to buy my parents things to thank them for all the money they have spent. I hope that I can make a success of my business and make them proud, and show them that all the money they have invested in me wasn't waisted. I want them to see that I have appreicated everything they have done for me. Words aren't enough to show them.

I also hope that one day I will be able to do for my kids what my parents have done for me. I want to be able to pass on this support and this help, and before I can do that, I have to become a success, I have to build up a legacy to pass on. It's my duty now to continue this tradition of helping our kids in life, with out taking away thier independance. I cannot squander the money I inherit and make, I have to build it up and invest it and pass it on. It's pressure, but it's the right thing to do.