Pollocks in the bathroom. 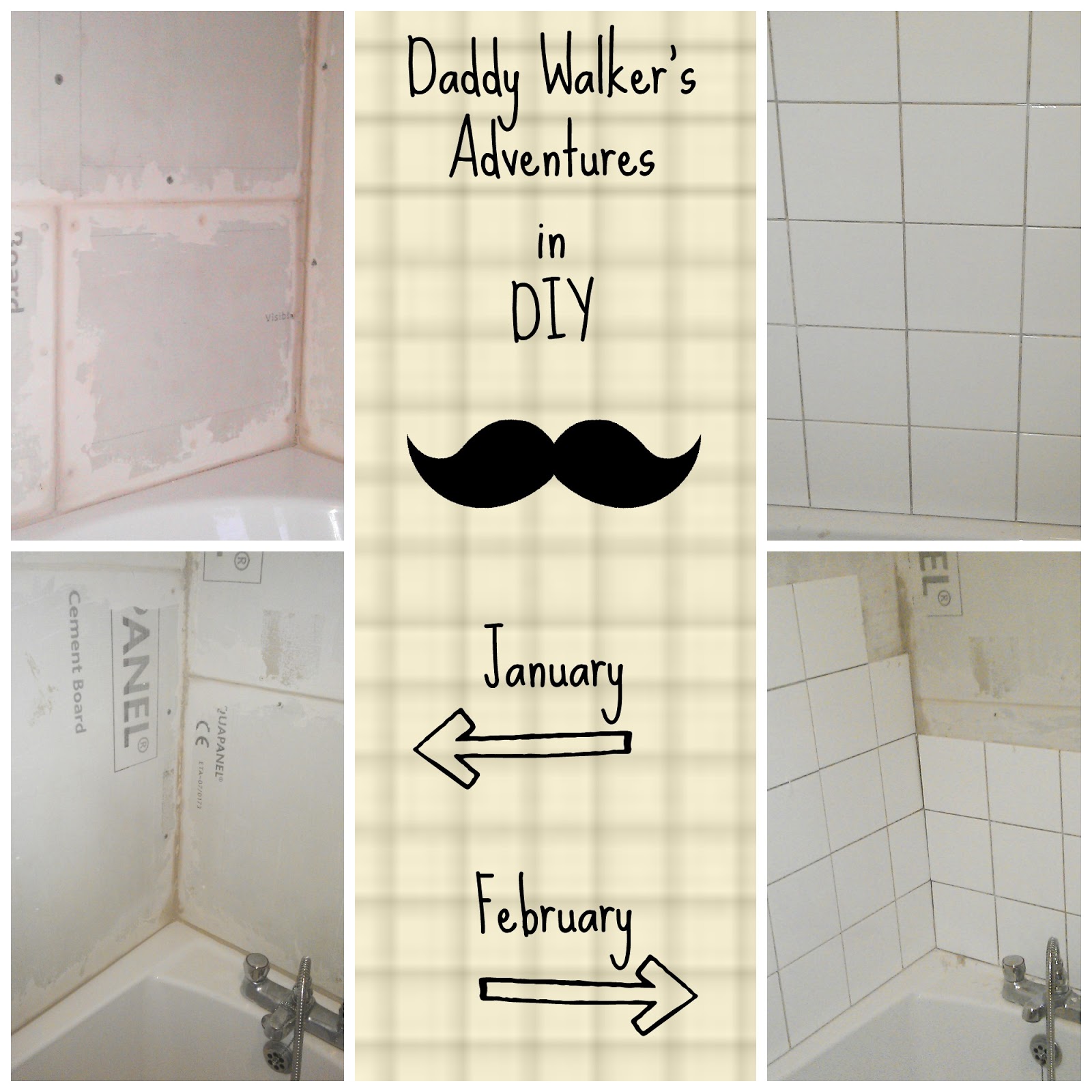 Can you believe this bathroom STILL isn't finished yet???

Next month it will have been a YEAR since Hubby started work on it. He is now on with the tiling though. This is a slow job he tells me. Although, since last month he has managed to tile one wall from the bath tub almost to the ceiling (it's a funny shape where the walls meets the ceiling so that's being held off for now), half way up the wall on the long side of the tub, and almost up to the window at the foot of the tub.

He has spent the last two days cutting tiles to size. There has been much swearing. I've tried to keep out of the way, as have the kids, but it's only a small house and sound travels. On Sunday Tom informed me that little Georgie had said "bollocks". I can think of only one place my 22m old heard that word! Tom then proceeded to chant "pollocks pollocks pollocks" (he likes to play games where he changes the first sound in a word) and when Jack asked what he was saying I quickly explained that a Pollock was a fish and changed the subject!

The toilet leaks now, have I mentioned that before or not? I forget now where I've got to on these updates. It only leaks when someone sits on it. Anyone. Even our 3yo who weighs very little compared to his parents. There is one of my (former) mixing bowls permanently placed under the pipes behind the loo. It's Hubby's job to check and empty it daily.

The sink still wobbles too. And he still hasn't got round to fixing down those floorboards he put in last month. Maybe I should mention that? Again? Maybe not today. Not while he's handling the tile cutter. It looks both sharp and heavy...!