I admit it's the fact that they have been MASSIVE at Jack's school, to the point where they have been banned because (as Jack tells it) kids were selling bracelets "just for money" which caught my interest. And then I've seen some of the Mum's making / mending loom band creations.... and then they started turning up on my Facebook feed with people making Minions and other cute characters.... And in the end I just HAD to give it a go!

The kids are loving the things I'm making. I'm still only a beginner, mostly making "fishtail" pattern bracelets but I'm working up to the bigger stuff (thanks to YouTube tutorials). They keep coming to me with requests for colours and designs. Jack has asked for a whole load of Super Hero inspired designs, Tom wants Lego Movie ones. Georgie is a bit young really as everything still goes in his mouth, but he likes to try them on. Even the Hubby has a very manly loom band in earth tones, hee hee. 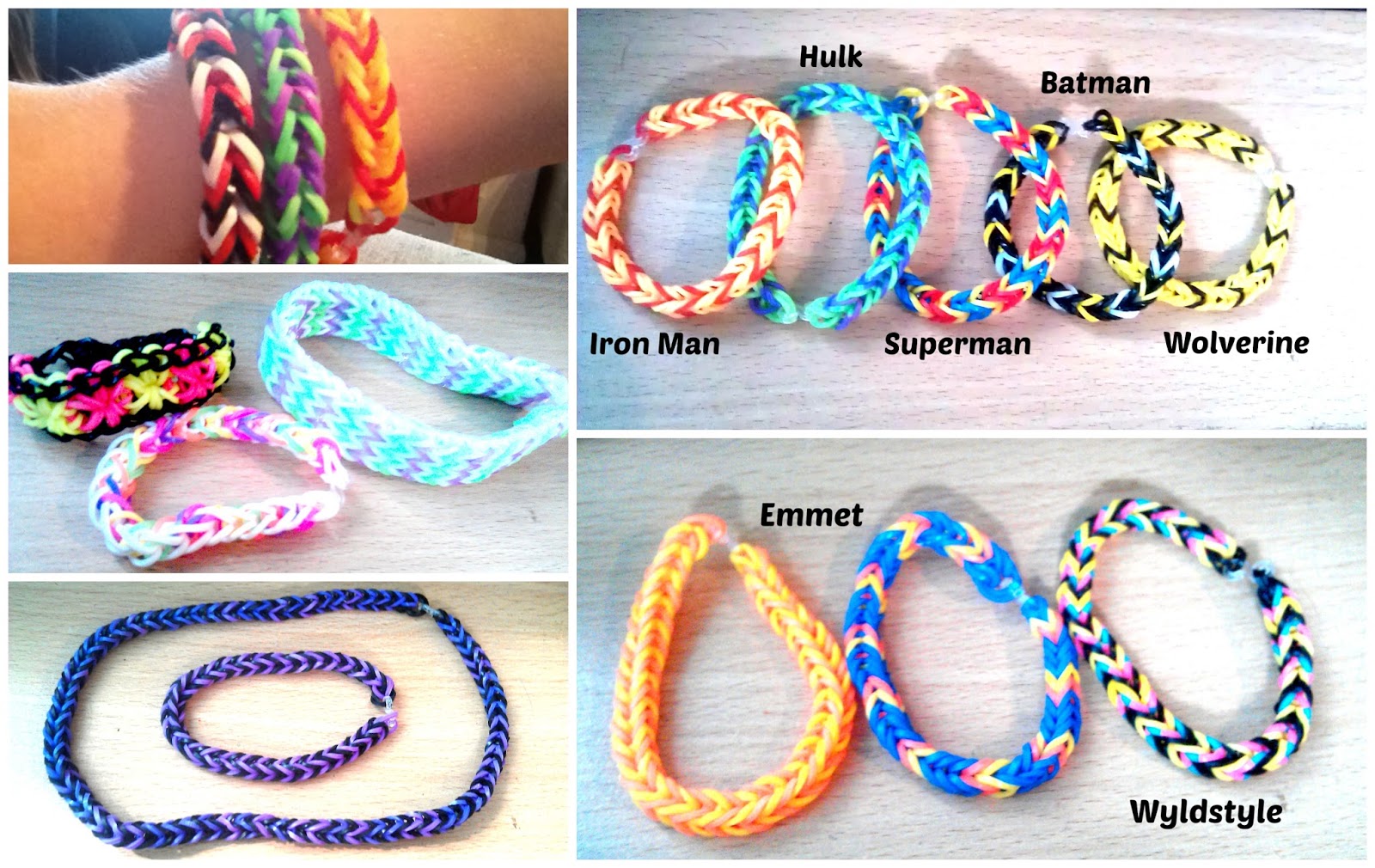 I'm finding it a very relaxing way to spend my evenings though. Once the kids are in bed and I'm sat with my feet up (trying to keep the pregnancy swelling to a minimum) you'll find me with a box of bands, a handful of hooks and a loom, and the iPad playing various Loom Band tutorials.


It's great fun. Jack wants to learn how to make his own, so I think once school finishes for the summer next week I will have a student of my own.

Better learn how to do it well enough to teach him then!