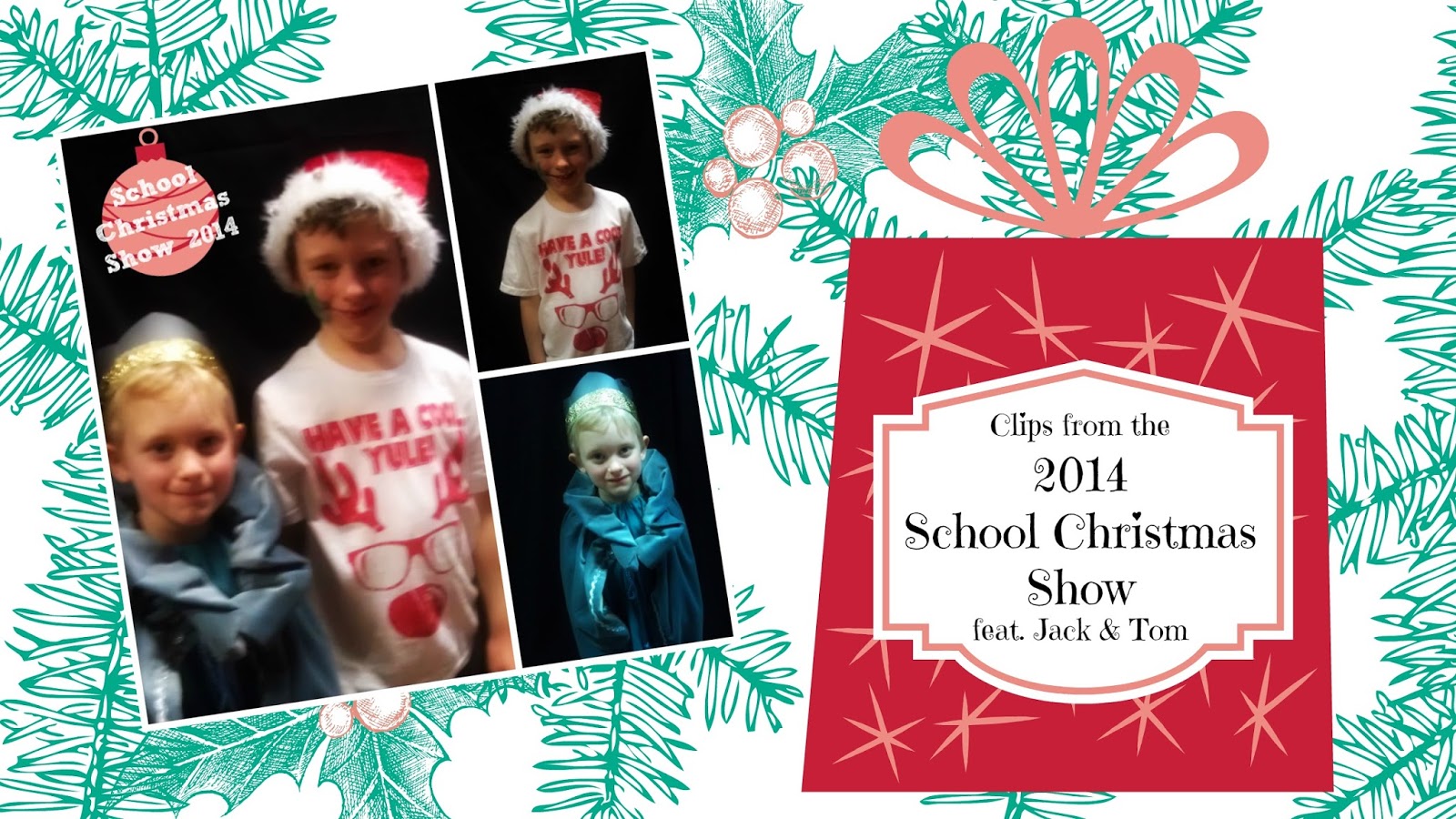 My Mum came with me to see the boys in the show, and we took Georgie and Fred with us. Hubby is going tomorrow so that they have someone in the audience both days. I have been worried about this show for the last few weeks. With Jack being in trouble there was a very strong chance that he wasn't going to get to be part of it! But fortunately he managed to pull himself together enough to get to be a narrator "No. 3 of 6".

Tom had landed the roll of one of the Wise Men (or King, if you prefer), just like Jack did in his first year. He was very proud of this! He has been practicing his "camel walk" for ages, and singing the shows songs day and night. He's such a little showman (read Diva) and I imagine he will get nice parts in school shows as he gets older - if he doesn't get attacks of shyness which he does from time to time. He would certainly do well in the choir if he felt to shy to take on a big part.

The show was a good one, much the same as in previous years. Two children go on an adventure to Santa's grotto and meet the toys (last year Jack was a toy robot), then meet the Christmas Star who tells them the Nativity Story (cue Tom as a Wise Man).

Jack did a great job as a narrator - I got some of it on camera, but my camera is a bit rubbish and hardly picked him up. He spoke very clearly, and without shouting. But because he didn't shout the mic didn't pick him up well from the back of the Hall. I managed to get a bit of Tom singing one of the songs he had been practicing the hardest, and of cause I got him and his fellow Wise Men walking to meet Baby Jesus. You could tell he had put some real thought into it, lol... In fact a few people came to see me afterwards and commented on Tom's Camel Walk! Hee hee...


I was very proud of them both. They did a great job. Next year they wont be in the same show because Jack will be in Juniors (KS2) who do a Christmas Concert instead, and Tom will still be in Infants (KS1). We'll also probably have Georgie's Nursery Christmas Show to go to too!