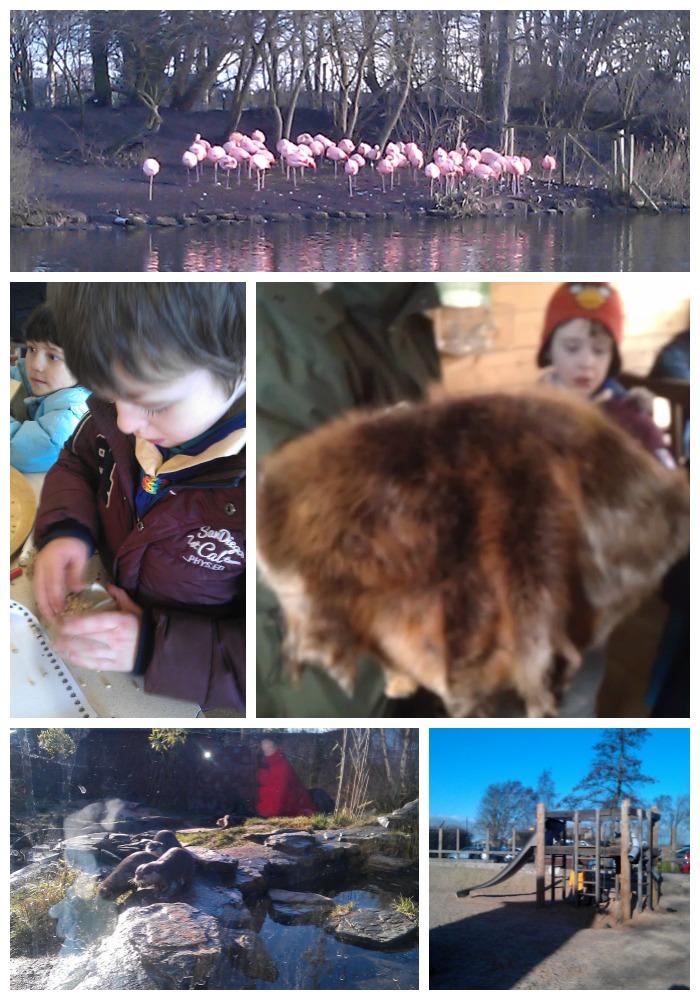 I volunteered to help out with Jack's Beaver's trip to Marton Mere today (not Martin Mere, which is some where else entirely and where I almost ended up, thankfully me and one of the leaders compared Sat Nav directions and I was saved). Initially I was going to provide additional seats in our massive Ford Galaxy but it's been a bloomin FREEZING day and our turnout was low so we didn't need the seats in the end. We did still need the extra adults though so me and Freddie followed the mini bus full of Beavers and leaders.

It has been a fantastic trip though, despite the cold weather (Freddie snuggled up inside my coat and wisely slept through most of the trip - too cold to do much else when you're as small as him). We arrived in time to see the otter feeding, which was brilliant. Otters are fantastic animals! And it was great watching this family unit gather the cockles (I think they were cockles) and crack them open to get the food inside.

It was great watching the kids get so involved in looking at the birds and feeding them - each adult was charged with two Beavers and one bucket of bird feed. They had a fantastic time and hardly seem to notice at all that it was soooo cold! But we did plenty of indoor stuff to to break up the outdoor activities and save them from getting too chilled.

We were given a talk on actual real beavers, but didn't get to see them because they are nocturnal so were fast asleep in their den. The kids were allowed to handle a beaver's tail though - this
poor beaver had been road-kill in Germany were apparently beavers are quite common, and the preserved tail had been sent to the centre for talks and display. I was astounded at how big it was! It seems that they are about the same size as most of the kids in our Beaver troup!

We also had a talk on the birds which visited Marton Mere and heard about migration, and about which animals could be found in the area, and a visit to the massive hide where we could see what looked like millions of birds our on the mere!

They had a session in the craft room too, making bird feeders etc. Jack loved making his feeder out of a chunky wooden disk, he drew a robin on one side and a beaver in the other, then stuffed it with lard and seeds. It's hanging on our willow tree now!

There is a brilliant adventure play ground there and the kids charged round that for what felt like (to us grown ups hanging round in the cold) ages. Jack is desperate to come back here and bring all his brothers! I think that's an awesome idea! Although possibly one for a warmer day.