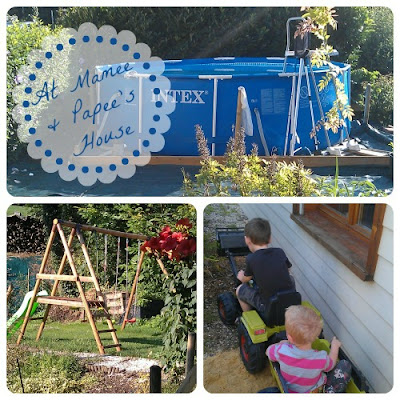 He said he'd made some improvements. What he'd actually done was install a wooden play set (slide & swings) and a pool. The kids think it is awesome! They like being at Papee's house!

Last night they just went mental after the drive/flight/drive down here. But today was a good day! They played in the field and on Papee's park. But by lunch time they were itching to go out. We drove them down to the lake and found a shady spot to camp out, shoved arm bands of Jack & Tom and let them splash about in the water with me. They loved it! Jack loved spotting little fish in the water and Tom went loopy when 4 little fish started to nibble him on the feet and legs! 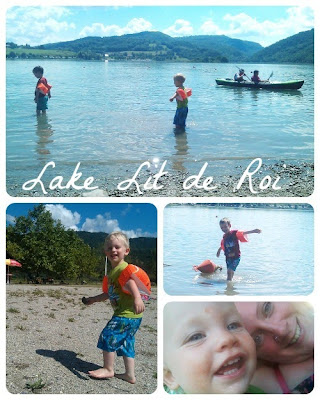 It's a shame that Georgie is a bit small too join in right now. We have no baby-float for him here like we did in Wales. But he had a good bit of bonding time with his Dad for a change - it's usually me playing with George while Hubby dies the big kid stuff with Jack & Tom - and he seems perfectly happy.

Think we're off to find another lake-beach tomorrow!