Mum, the Gym, and Roy 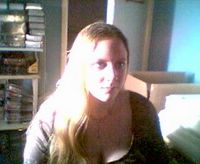 Feeling some what bright and breezy today - it's a lovely warm sunny day and things are good!

Went over to Mums yesterday for her birthday - she seemed to like her gifts, though she's a bit ill at the moment, and I think totally overwelmed with the day; John's younger daughter is over from Crete at the moment with her 4yr old twins, and 3 year old, and they are running the house! Very sweet, but I could only take them for a few moments at a time and had to run and hide! Julie seems rather strung out and I think the feeling's getting passed about. John was in a flap about trying to get 101 jobs done before the forcasted thunderstorms hit - he failed, but no one noticed or cared I don'r think, lol.

Antoni made it over - it being fathers day too, and some time after his gf Adeal and and her sister Sus arrived. I met the gf last year, but the sister was new to me. they both seem lovely, and they give Antoni a suitably hard time, so they're alright by me ^_^

Got home before the sun vanished completely, but woke up feeling coughy and sick at 5am so got up and stayed up - and some how still managed to be quater of an hour late for work O_o
Glenn wasn't in yet, and Andrea was late too, so I think I've got away with it - weee!

It looks like Roy really is as good as gone though - there was another "note" today, with him complaining and swearing about having to do something at work he didn't want to do, and it being his wedding anniversary...... So fucking what??? Numpty should have booked it off on holiday - he is supposed to be manager, why didn't he "manage" and get some one to cover his day so he could have it off work! And on top of that he's swanned off with the shutter keys for the new side of the shop, so we looked closed all day. Glenn was supposed to go round and collect them - but before he vanished, he arranged for Daz and Andrea to cover his days for the rest of this week, and asked them to let him know when they would be available for shop work until he finally shuts Lancaster.... Sounds like he's gone! HAHAHHAHAAA!

Having said that - it is Glenn, he went off to clean his oven (Ehh?) and Daz seems the think that if Roy breaks down in tears, begs and pleads (which he did last time Glenn fired him) he'll get off with it and still be here. We shall have to wait and see!

I actually made it to the gym proper today! I did at least 30 reps on each of the weights, just under 10 mins of the X Ramp, and just over 10 on the tred mill. I skipped the curls - well, some one was on the mat already and if I wanted to use the Sauna before picking Yorkie up, I didn't have time to wait. In truth, I just don't like doing them and will put them off at the slightest excuse!

The sauna was full of scabby gypos so I didn't hang around long - and like I said I didn't have much time anyway, and off I went for my feller. We HAD to go food shopping (BOO!) becasue we have none, and with stock arriving tomorrow I can't go out until it's all here, checked off and listed, so really it was tonight or not at all. This usually puts us both in a heavy grump, but it seems like I'm not the only one in a good nood today, we laughed all the way round and even though we were there longer than usual, came out stilll laughing! Yorkie also bought me the purple silk dress I've wanted for weeks and weeks and weeks - reduced to just £15.00!!!!! Worth waiting for!

All in all a good day. Very happy. Going to go and try that dress on now. YAY!