Is this my future engagment ring? 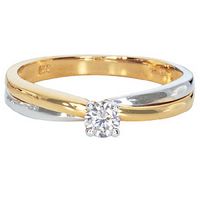 Well, there it is people - the ring of my dreams! And, so long as it is in stock in my size on Wednesday morning, it's going to be mine!

Today started out like shit. All the money I paid into the bank yesterday vanished over night. Damn the first of the month, damn direct debits and damn standing orders! So it was a rush round to the local cash point so Yorkie could give me his share of the weeks bill money, as I only had £1.23 left in my account, and at least another £30.00 to go out. Double disaster - not only did the cash point NOT have any money left in it, but Yorkie's wages had not gone in!!!! He had £40.00 left over from last week, so he drew that out from another cash point half way to work, gave me £30.00 of it.

I droppped him off at work, where he pulled up another member of staff to see if they had been paid. There'd been a fault with the banking, they're getting cash at the end of the day instead. PHEW! It was starting to look like we wouldn't be buying the ring, paying the bills or going away this week at all!

I dived into the bank and paid in the £30.00 and a tenner from my purse, and hopefully we should be alright now until Wednesday when my money from Battle Heaven should clear *phew*

When I got home I finally had an email back from one of the Anglesea B&Bs I've been trying to get in touch with, saying they could book us in for our anniversary. THANK GOD! I've emailed 5 or 6 people and no one else got back to me at all! So the deposit is in the post. It's a little more expensive than the ones I had hoped to get into, but I guess they're all booked up, with them being cheaper and all. Still, the guy I spoke to on the phone was lovely and I feel much happier now knowing that the trip away is sorted out.

If all goes well it should pan out like this:

Wed am, go into town, buy the ring *Weeee!*
Noon. quick bite to eat and off in the car to Anglesea
4pm, Sign into the B&B, dump stuff, go out
Later pm, If weather is ok, find Rhosneigr Beach and have a nice romantic walk
Evening, find a nice little restraunt or pub with food, eat, make our engagement "official"
Night, STEAMY SEX

Thu am, Morning nucky, leisurly breakfast, pack up and leave by 11am
Afternoon, Take in a tourist attraction, like the Sea Zoo or something, followed by a nice big late lunch in a cafe
Late afternoon / Evening, start the long drive home, happy!

OK, so it's not a long break, and ther are any number of things that could go wrong, but hey, we can all dream. And I'm not expecting the impossible.

So now I'm happy again, if a little over excited! I still want to tell people what we're planning on doing while we're away, but after the scare with Yorkie's wage, I have to remember that something might still happen between now and then that puts our plans on hold. So I can't. BOO!