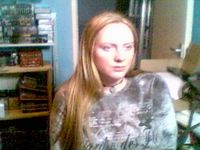 Every day that I'm there I resent it more ad more! Yes, that's right, I've been to MM again. Two days in a row too!

I should never have had to go in today, but that's how it goes now, right? I went in yesterday morning so I could knock together any lists Glenn would need for my orders, and our eBay shop has been suspended! Apparently die to "missing or false contact information". Now, I know the information is correct because I haven't changed it, so I am guessing (as have others I talked to) that people have tried to call and because there is NO ONE in the office any more they aren't getting their calls answered.

I tried to call Glenn and let him know but he wasn't answering his phone to me again. So I texted him. He hates texts, but I don't care. He needed to know, and more to the point, HE is the ONLY one who can fix this problem! eBay needed various personal details which I do just not have.

After about half an hour he called me back, where I had to explain again what the problem was and why I couldn't fix it myself. Oh Oh! Glenn's going to HAVE to be in the office AT THE SAME TIME AS ME! How will he cope!!! He said he would be in the office on Tue (today) and Thu. But as this is something that needs fixing NOW I said I'd come in today. He is incapable of doing it with out me after all......

He promised to be in first thing. He turned up just past 10 - lucky, because I was going at 10.30 wether he turned up or not! Then he faffed around for what seemed like forever trying to dig out the documents I needed - even though I had A) told him what he needed, and B) asked him to look at our ebay and see for him self.

Finally he got the stuff together and I managed to fax it out to eBay. THEN he desided to ask about "our night out" me and Andrea are supposed to having with him. I reminded him that I was busy this weekend - what with it being my birthday and having a wedding to go to - and mentioned I might be having a friend over the weekend after. He actually looked slightly crestfallen!! I almost felt sorry for him, and said that I was sure we'd sort something out soon. But to be honest, I'm not so keen on the idea any more. Not after the last couple of days!

On the plus side I have updated the Trust stock in the MM web site today. It only took a couple of hours and it looks good. I still have the QTec prices to sort out before I update that lot, and Daz sent me the stock list today. But I'll do that tomorrow. Stock only takes a few minutes, and I've done too much today to stress about QTec price sums. I'm stunned that I stuck to my diet the last couple of days, but I have. Although I've really not been in the mood to go to the gym. I'll have to force myself to go in the morning after dropping Yorkie off.