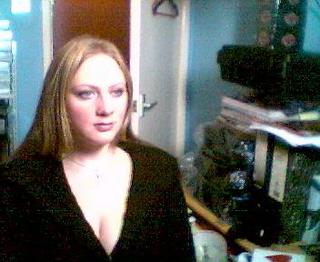 I don't know why, but just lately I have been having the most vivid dreams!

Last night I was dreaming that I was pregnant, and very close to giving birth. In fact, in my dream, my waters broke, but the baby didn't come. I was supposed to go to the hospital, but I felt so laid back about it that I didn't bother....

Again, thanks to the alarm clock, I never got to the end of the dream, but it's so strange!

I don't remember dreaming the night before, but the night before that, the one thing I remember about my dream is that the woman I was talking to in a pub had a huge python curled up on the back of her chair - her pet it would seem.
DREAM MOODS SAYS:

Pregnant
To dream that you are pregnant, symbolizes an
aspect of yourself or some
aspect of your personal life that is growing and
developing. You may not be
ready to talk about it or act on it. This may
also represent the birth of a new
idea, direction, project or goal.

Python
To see a python in your
dream, represents danger, sin,
and overt sexuality. Alternatively, it may
symbolize your determination.

Snake
To see a snake or be bitten by
one in your dream,
signifies hidden fears and worries that are threatening you.
Your dream may
be alerting you to something in your waking life that you are not
aware of
or that has not yet surfaced. The snake may also be seen as phallic and
thus
symbolize dangerous and forbidden sexuality. The snake may also refer to a
person around you who is callous, ruthless, and can't be trusted. As a
positive
symbol, snakes represent transformation, knowledge and wisdom. It
is indicative
of self-renewal and positive changes.
Well, that's it for now. I'm off to see my dad today, so we can give him his 60th Birthday gifts. Awww, poor old gibber is 60 on Wednesday - and taking it with all the grace we would come to expect of MY father, lol.

I'll tell you how it went later!