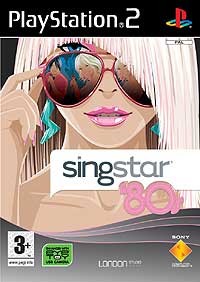 Oh! What a fun night! Utter maddness in a cheesey sort of way, and it was SO much fun!

Simon's 30th Birthday was bound to be a little bit chessey - in a good way. Fran will always bring that out of a group of people round at their house. Last year she started our PlayStation Dance Mat craze and formed the monster which is my Yorkie loving S Club 7 dance routeens..... In an attempt to continue the madness I bought a sing star kit last christmas (having played at the MM XMas do and loving it), but never really had the guts to try to force any one to play. So it has sat gathering dust all year.

Fran has the 80's version, and got almost all of us playing! Naturally, the girls won! Infact, I got Lead Singer Status on the results board (that means I was good at it, compared to some of the others, i.e. most of the lads!)

It was a good night though. As well and Fran and Simon, and me and Yorkie there was Ray & Sarah, Garry &amp; Jill, Mark & Gemma and Tara & Colin. Gemma refused to play.... as did Colin, but the rest of us all gave it a good go. Even Mark under much protest, although I think secretly he quite likes it!

Mark did another job of largely ignoring me, which at the moment I prefer to the "comments". Gemma did a great job of winding Fran up to the point where she "forgot" she had packed in smoking (hee hee hee). I thought at one point Gemma was going to hit Jill too..... I was out side with Fran and Jill had been talking to people in the kitchen. Presumably Gemma was there, although I had missed the conversation up to this point. Earlier we had noted that our fellers were really just the "Young Ones" (if you've not heared of the TV show, you're missing out big time!). Jill say's we could all "do better", but this is said with love and much humer. We all love our nutter men and wouldn't change them for the world. But Gemma takes offence at this comment. BIG! She starts shouting on at Jill about how she's never forgiven her for saying that she's be better off without Mark, and wouldn't she rather go out with Jill's mate Oz. For Christ's sake, Jill said the same to me and Fran when we first started seeing our men. It's not serious! We took it for the joke that it is..... And don't still bang on about it 2 years later! And I think, now that she knows Gemma a bit better, she's damn glad Gemma didn't take her up on the suggestion!

I spend most of the rest of the night avoiding her!

After the Sing Star got a bit old (well, once we'd sung all the songs and trounced the boys) Fran and Simon broke out the Buzz game. Now, this is one I don't have, but I think I might just have to aquire it! Sadly it was a music quiz, and I know nothing about music, so I backed out of playing, but did sit in and watch, enjoying the fact that Fran and Simon have so much knowlege about random music facts and totally kicked the ass of every one else! Hee hee hee

Towards the end of the night I took to sheltering in the kitchen with Fran and Jill, talking marriage and babies (as Jill is pregnant, and I'm next in line for the marriage thing). Poor Jill is worried that things will change when she has the kid, that people wont invite them round any more and so on. I told her not to be daft, and said she was welcome round here any time. After all, Yorkie is going to be God Father, and I need the practice with kiddies! I aslo volunteered for baby-sitting duty for the same reason.

Jill did say something that I really identified with though. She said that we (the wives and girlfriends) were her only friends here in Lancaster. Now, I know that's not true, she has friends out side of this little group. But I know what she means. I'm in the same situation! Sure, I have my old college friends, like Jo, Cat, Ali and Angie, but they're off and away. My best mate lives in another county and I only see her 2 or 3 times a year, and there are the people I really only communicate with via messanger and email now. Andrea is the only friend I see on a regluar basis that I haven't met through Yorkie. Most of the people I used to know in Lancaster before I met Yorkie have all driffed away. My friends now, are Andrea and the wives & girlfriends.... Please don't take this as me saying it's a bad thing, it's not! They are a wonderful bunch of girls. I've never had a group of girl friends before and it's lovely. But the sudden realisation of this is a bit of a shocker. Still, at least I'm not the only one!

At the end I invited the girls round to ours next Saturday for another sing star night. Tara can't make it, and Gemma just pulled a face and walked away (both cases are fine, I don't know Tara very well, and as for Gemma....) but Fran, Jill and Sarah should be coming, I'll also invite Andrea and Lelly so it should be a good night.

Yorkie was in sweetheart mode again when we got home. We'd given Mark and Gemma a lift (Yorkie's idea, but I wasn't going to say no), and after we'd dropped them off I asked him if Mark had said anything else about being Best Man, they hadn't talked about it, but that's no suprise. Yorkie was teasing me for being broody when I told him I'd volunteered for baby-sitting baby garry-jill junior, and for a horrible moment I thought I was starting to scare him. But it seems not! He loves the fact that I have got so broody, and confessed that he too can't wait for us to be a family! It's becoming difficult NOT to be broody lately though, what with seeing Jen with Adam, and Jill being pregnant, and buying gifts for Jacquie's girls and Rachels boys for Christmas. Becoming Yorkie's wife and the mother of his children is constantly on my mind, and it's rarely far from Yorkie's it would seem. Once again we fell asleep in each others arms, talking about our future together. 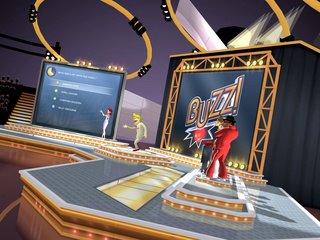