January 02, 2013
It's been a lovely Christmas (apart from Jack & George both being sick on Christmas Eve, and my total sleep deprivation over the festive period which is starting to catch up with me now), the kids seem to have everything they wanted - and then some :)

We did the usual Christmas Eve and Morning at Nana's, Christmas Dinner at Aunty Jenny's, Christmas Night at D-Dads, and Boxing Day at Grandmas. We also managed to see all the other aunts, uncles, and cousins, had all of the 2012 babies ( our George, and Harry & Amelia ) play together, squeeze in Uncle Lee's 18th, and make it home for New Year. I didn't get any where near as many photos as I wanted to get but we do have enough chocolate to open our own tuck shop!

I don't think Georgie had the first clue what was going on most of the time, but he did enjoy the pretty lights, the chocolate ( which might have a lot to do with the sicky bouts and broken sleep ), and the massive amount of snuggles and cuddles and loves he got from everyone. His 'big' pres from us was a Bumbo so he can sit with his brothers when they are on their stools, have a safe place to play when I need to do other things ( like cook ) and such like, but he also got a ton of soft toys, games, chocolate and clothes. Think he did well for his first Christmas!

And for New Year.... My baby finally learned to crawl, and had a cruise round an arm chair too! I'm sure you're supposed to do one then the other, not both at the same time, but hey ho. We've also finally got the nursery ready for him to move into. He's in there tonight. He's had his nap in there this afternoon and seemed to like it. He's been down an hour now tonight with no fuss. I'll still be bringing him in with us for his feeds for now, but its progress. I go back to work on
Monday so I need to get the new routine established. 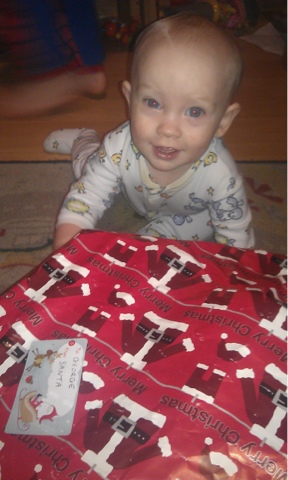 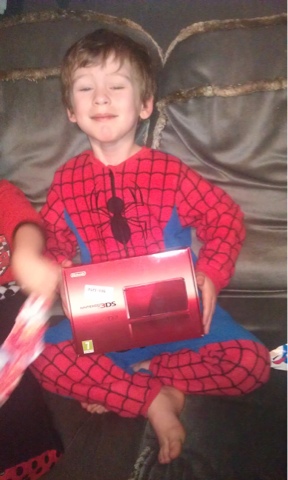 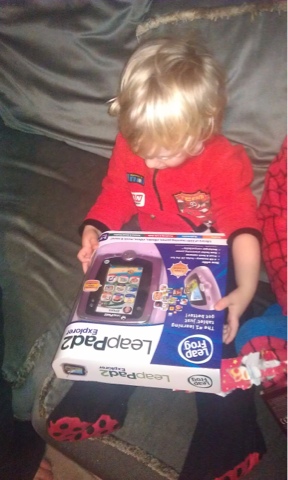 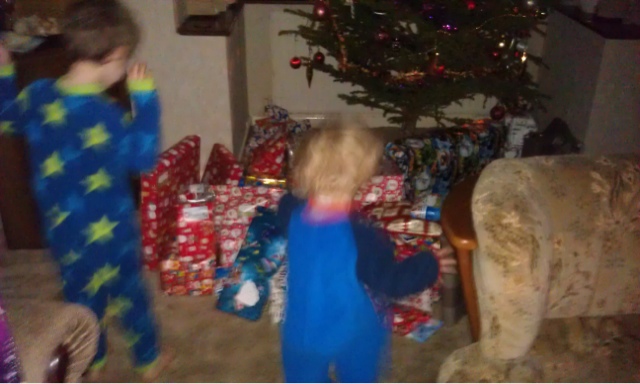 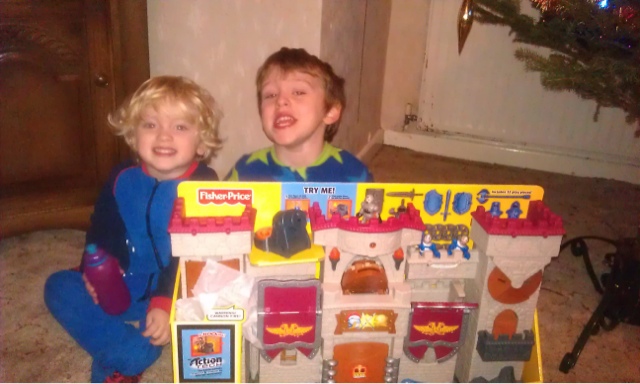 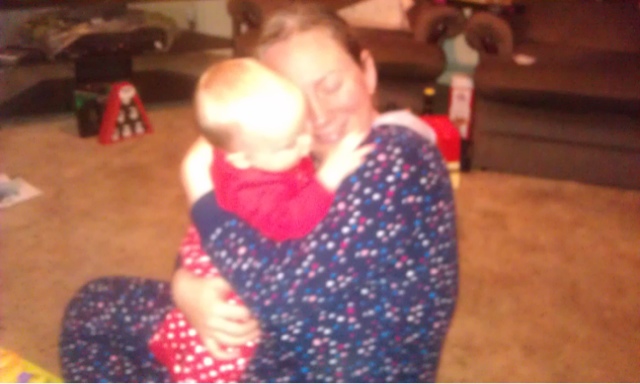 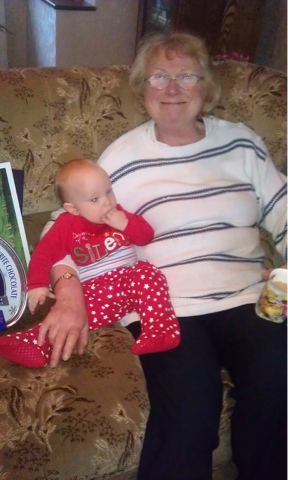 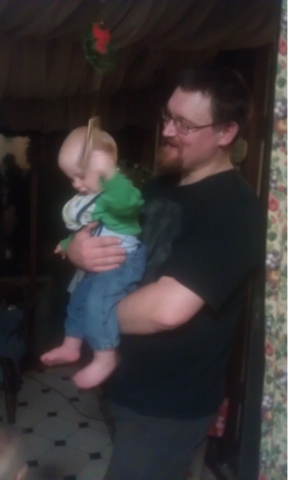