July 29, 2013
I woke up very sad knowing this was our last day. Good job Hubby had his head screwed on right though because he suggested NOT going straight home after kicking out time at 10am. He suggested we did something else fun on the island instead, get another full day out if it and get home for bedtime.

So we went in search of the beach at Newborough. I went as a kid. It's a huge long beach stretching from the Menai Straits to Llanddwyn Lighthouse with a forest has lots of different routes to get access... And I have no idea which one we need. My mobile internet wasn't good enough to pinpoint it on Google Maps (I don't own a paper one, oops).  Thought I'd found the right place though so we parked up, loaded Georgie's pram with beach toys and fishing nets and set off on our 20 min walk to the sands.

An hour later and we are still walking. We've not brought the picnic because we were only going to be a couple of hours, and I just know the kids are going to be hungry long before we get back to our food. So I stopped another couple of walkers who seemed the type to have a real map, and they did. We were only half way to the sand! A whole other hour to get there... No lunch... We turned back. 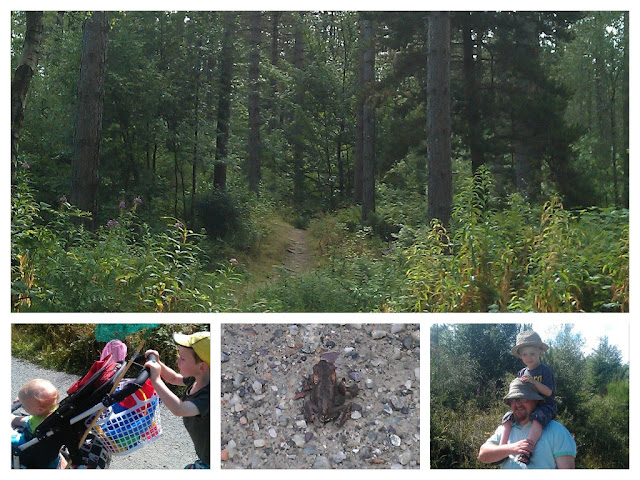 Despite all this the kids had a great time. We spotted a red squirrel, more than a dozen tiny little froglets hopping across the track, fish in a stream, and some beautiful horses being ridden down the track. We had the picnic when we got back to the car and the kids declared it to be a fabulous exploration! They didn't mind not to the beach an. Hadn't told them about the lighthouse.

We called into Llanfairpwllgwyngyllgogerychwyrndrobwllllantysiliogogogoch on the way past for a photo, because you just HAVE to! Our last stop was one of the best ideas we've ever had. We went to Beaumaris Castle! I bought the kids some foam swords and shields to play with while they were in there and they went crazy for the idea! They ran round the lawn between the outer walls and the castle proper, leaping in and out of towers, peering through the gaps and attacking imaginary enemies. Hubby took Jack &Tom up on to the battlements, and all through the walls while I played with Georgie on the lawn in the courtyard. Finally, since it was almost dinner time and we still had a long drive ahead, we packed the kids int the car and waved a fond farewell to Angelsey. 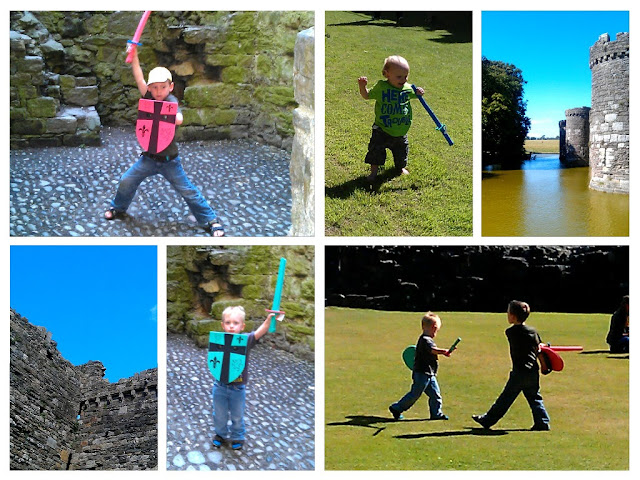 The kids want to go back. They want to stay for a whole week next time. And I think I might just make sure that happens!