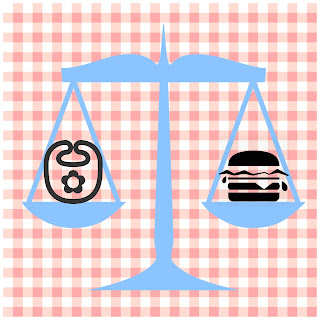 Well today was the big day. I don't mind admitting that I have been a bit freaked out by it all. Not in a bad way, really, but I've had a mixture of looking forward to it and dreading it all at the same time. We managed not to be late, and that was my biggest worry - missing the appointment! The clinic is small but friendly and does other stuff the rest of the week. We got seen pretty quickly by a very nice lady doctor.

We ran through some basic stuff, who had referred me and why, the fact that Hubby and I have 3 kids together already but with a history of secondary infertility in one previous case. She confirmed that Hubby's sperm was normal, how long my cycles are on average, that my blood tests had come back as ok for my CD3 bloods (my body is making the right hormones at the start of my cycle) but that my CD21 bloods had come back negative (saying I had not ovulated when expected), and that I was free from any other kind of health issues. All stuff we already knew.

Then she talked about what all that meant.

Since my cycles are over 35 days a CD21 blood test would not pick up ovulation even if it was happening, because - for me - it's being taken too soon. Although, since they are so long she thought it was unlikely that I am ovulating, or at least not often. Apparently there is a cut off around 35 days if you haven't released an egg by then you're not likely too. The bottom line? I'm not ovulating, so I'm not getting pregnant.

She agreed that Clomid would be the right treatment to give me.

But she can't give it to me.

You see, in my last post when I wrote about my weight being a possible cause for my secondary infertility.... I was right. Or at least it seems the most likely cause. In fact my BMI is SO high at the moment that she can't give me the Clomid because it's not likely to work while I'm this over weight. The oestrogen produced by my excess body fat will effectively cancel it out. She want's to give it to me, but not until my BMI is below 30 so that it has a chance to work before I use up all the dosage I can safely use.

So the results of today are:


I can't (safely) drop to a BMI of less than 30 in 3 months, it's going to take more than 6 months but I am more committed to losing weight now than I have been since my wedding. More so even. I'm sticking to my Weight Watchers and I've broken the Wii Fit out again (I had a good hour on that this afternoon already).