We went to Legoland Discovery in Manchester for the day. The website suggests it takes just a couple of hours to go round, but we were there from 10.30 till gone 3pm! And the kids weren't bored for so much as a second of it! 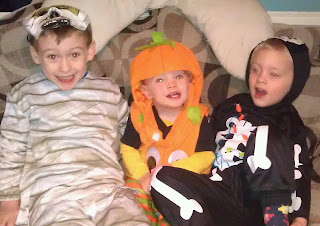 We got dressed up in our Halloween costumes (well, the kids did, and I wore a cape. Hubby side-stepped that one) and had a blast!

Jack is Lego obsessed, and his little brothers want to emulate him in every way. Hubby is pretty keen on Lego too, so when the guy guiding the "factory tour" started to hand out Limited Edition Halloween Bricks - only available from Legoland Discovery in Manchester for the Brick-or-Treat event this year - his eyes almost popped out of his head! 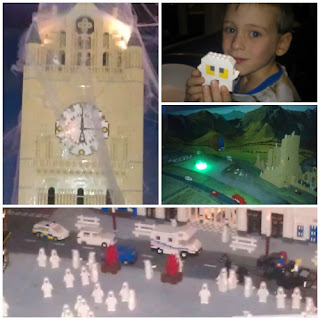 Jack got to be one of the "Helper" on the tour too which just made his day! We also got to do the Master Builders Workshop and made Lego Ghosts (although they were gutted they didn't got those kits for free, you could by them for just £3).

I think it's great how they had given so much of the display a Halloween theme! Webs, ghosts and skeletons all over the place, and even a witch flying around under the air ship!

We all had a great time on the rides. The clear favourite with all of us was the Kingdom Quest Lazor - Hubby scored "Legend" which was a bit of a jip since I was shooting for George as well as me, while holding on to George! Jack loved driving his own Lego car, and even Tom & George got a real kick out of the 4D cinema. Me and the Hubby worked up a sweat taking Jack & Tom on the Merlin's Adventure ride, cycling hard to life the cars up high. The bigger lads had a great time in the soft play, and Georgie thought being sat in a huge tub of Lego and being allowed to build anything he wanted without fighting over the bricks was fab - we made a ducky together!

If I had to say there was anything to improve it would be the cafe.... it simply isn't big enough! And we would have all liked a bigger range of bits in the brick n mix and build a character in the shop - but since it's the end of Half Term I'll give them the benefit of the doubt, maybe they'd just run low on a lot of stuff.

But overall we LOVED IT! The boys want to make this a Halloween tradition, and Jack's also asking if we can go back for Christmas too. We will defiantly be going back at some point soon. I'm sure there are things we missed.....

Oh! And here are this years pumpkins! 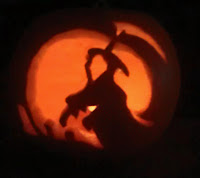 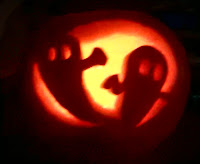 (This is not a compensated review)