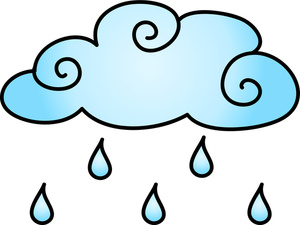 I've not heard a dickey bird from the insurance people yet, and neither have my garage. Which means I am still without a courtesy car. Luckily my boss had loaned me one, so I only had to fork out for diesel instead of a whole hire car to get too and from work.

Only that has now failed it's MOT so as of tonight I am carless again. (my lovely wrecked car didn't fail it's MOT!)

This weekend is our Jack's Jujitsu Grading in Morecambe at 9am, for 3 hours, and parents can't stay to watch. It's going to be a nightmare without a car to drive. There are no buses at that time on a Sunday and it's too far from the train station for him to walk and still be fit to do his grading (he is only 5 years old), so we'll have to get a taxi. It wont be cheap. The grading is paid for already and he shouldn't have to miss it become someone else wrote our car off. We can bus and/or train home probably. No idea what I am going to do in Morecambe on a stormy Sunday morning in December.... I had planned to drive off and do some grocery shopping and pick him up at midday when he finished. But now I have no idea how I'm going to spend the time. Aint nothing free to do for 3 hours in the pouring rain and gale force winds!

There's fun and games at work too. This stormy weather is wrecking havoc with the skylights in the office roof. Two have no catches on and seemed to be sealed or at least jammed, but the one on the side of the building getting the brunt of the gusts keeps blowing open and slamming shut again. The landlord has been out and rigged something up to keep it closed, but it didn't last an hour before the wind got under the window and it slammed down again, knocking mortar out and frightening us all half to death. We're waiting for him to come back and have another go.

I want to go back to bed and stay there 'till Spring! Damned winter sun blinding the driver behind me on Saturday, damned storms freaking us out at work and threatening to rain shards of broken glass down on us. And damned SAD making everything feel 100 times worse!