December 17, 2013
We were late, which is never a good thing. Tom has refused to put his boots on, or even look for them, so by the time we had wrestled him into them there was no way round it, we were going to be late!

We were allowed to sneak in though, although there were only two seats so I bagged them for me and the kiddies and Mark wound up at the back, standing up. We were about as far away from Jack as we could be! But at least we hadn't missed his part.

The kids were all great, but I was itching to see my boy in action. Eventually the Sugar Plum Fairy was shown the Toy Robots and it was Jack's turn - along with his friends - to parade up and down for her. Have a look - it's only short. Spot the one rocking it out and moshing away? That's my boy!

I think it's safe to say he enjoyed being a Toy Robot! And I am so proud of him because he really got into it and enjoyed himself! (and I will enjoy reminding him about wearing tights when he's older!) 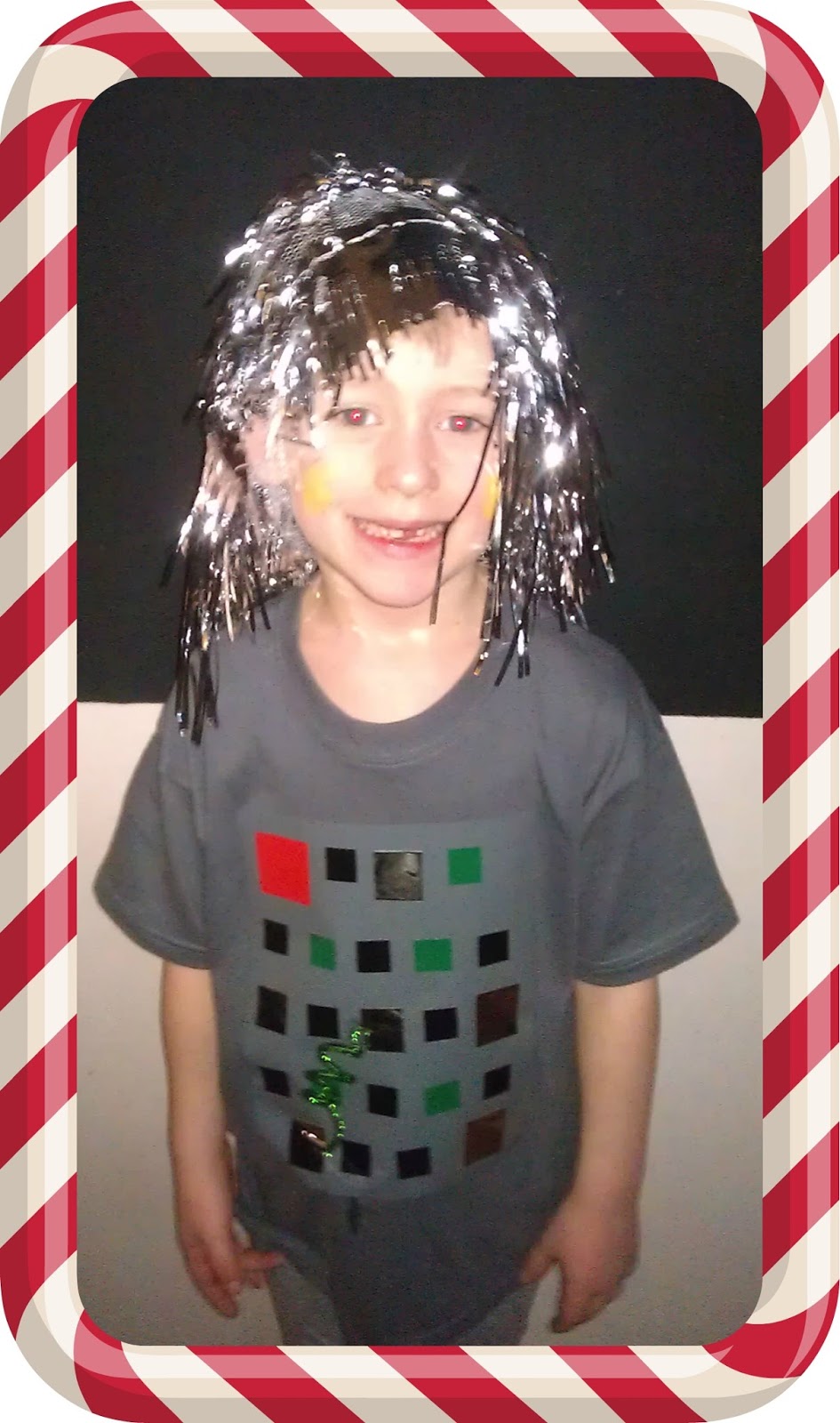 Oh, and he lost one of his top front teeth this morning too! But he refused to sing "All I want fer Christmas is mi two front teef!" and positively sulked at me when I suggested it, hee hee! I held off from asking which girls he'd been kissing under the mistletoe!