All About Jack! (6th Birthday Weekend)

This really shouldn't come as any great surprise to us, he does have two younger brothers after all, and a new sibling on the way in anything up to 21 weeks time. But we're still in a bit of a daze.... Our Baby, our 1st baby, is 6! Where have the last 6 years gone?

I HAD to brag on Facebook! This is the picture I posted on Friday for his birthday. Such a handsome lad!

It's been a busy birthday weekend for our Big Lad. Largely filled with pizza!!! He chose what we had for dinner; take-away pizza from the family favourite pizza place (Starvin Marvin's if you want to know).

Saturday he came shopping with me to spend some of his birthday money. He bought a DS game. Then he had the pick of what we did as a family. He chose lunch at The Station in Morecambe (he had pizza again), and a long play at their Wacky Warehouse. 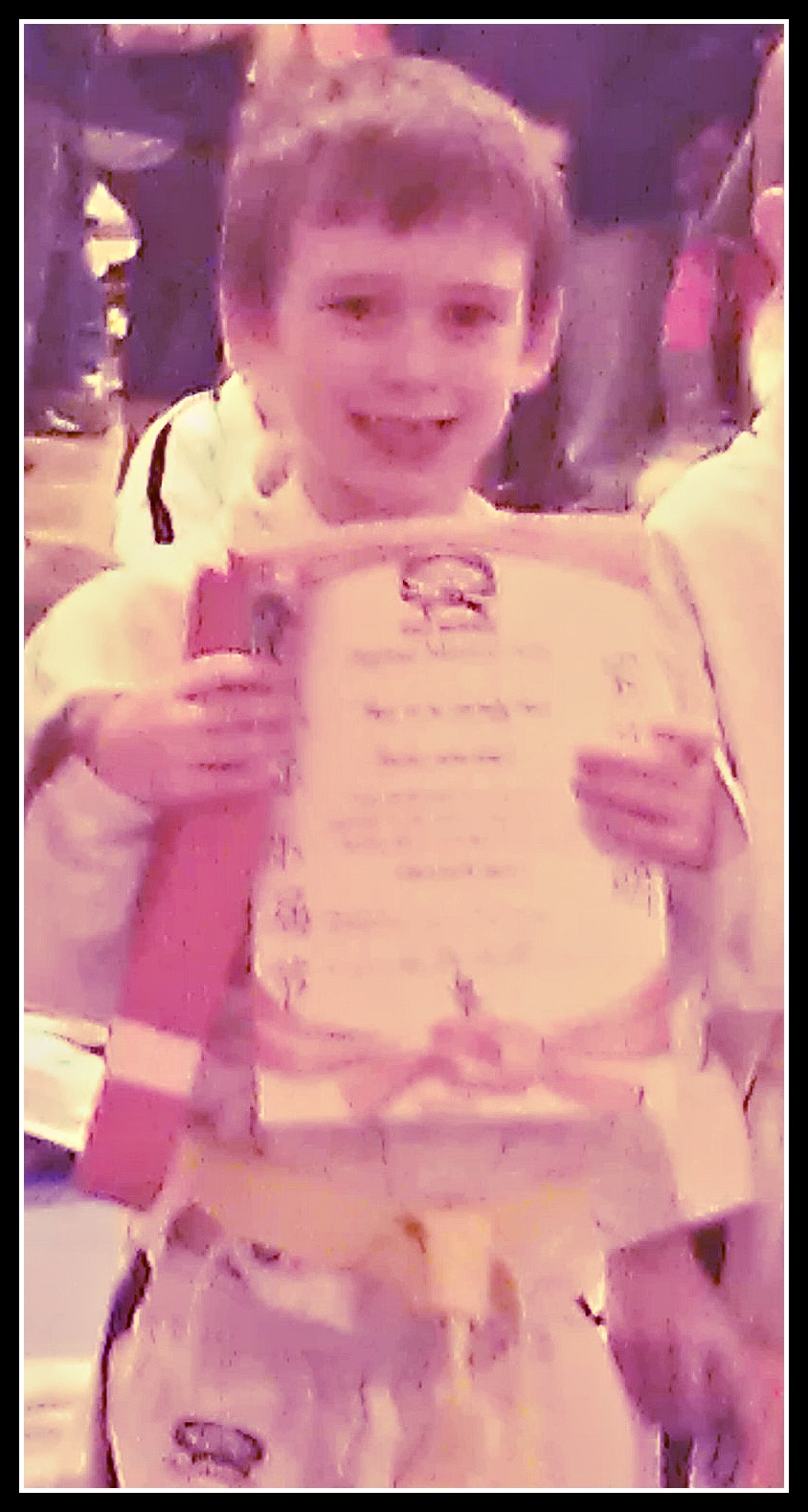 On Sunday he had his Jujitsu grading with Activ8 Self Defence - which he passed and is now the proud owner of an Orange Belt - and then I took him out for lunch at Subway. He chose the Pizziola, virtually a pizza sub! I can't help thinking that it's a good job my eldest son has so much energy and sends so much time running around, or else he would never burn off all this pizza! But he does, and after all, it's only his birthday once a year. If I can't spoil him rotten on his birthday then there's no point him having one!

He says he had a great birthday though. And that's what really matters. As I tucked him into bed one night over the weekend he said you me "You know what Mummy, I'm 6 now, and that means I'm nearly 10!" I smiled and gave him a hug. Inside a little bit of me sank and I thought "yes, and than you'll be 16, 18, 20odd, all grown up and moved out. I'll be happy for you and proud of you, love you always, and dearly miss this little boy who still calls me mummy and wraps his arms round my neck at bedtime for a cuddle and a kiss".

But for now I still have my little boy - 3 of them and a bump - I'm determined to enjoy every second of it!