March 18, 2014
This week we got a brilliant little box in the post from these people: weekendboxclub.com, and it could not have come at a better time! The weather here over the back end of last week and over the weekend has been cold, damp and foggy. Not exactly fun outdoors weather, and with all the DIY and such we're trying not to spend too much on indoor play areas either.

So why is the Weekend Box such a life saver?

Well it is PACKED with things to do at home with the kids, and includes pretty much everything you need to do it - no more "here's an idea, now get to the shops and spend a fortune to do it" (which drives me crackers!) it's all there and ready for you to do.

This kit came with four things to do and we have chosen two to do this weekend (the boys wanted to save the rest for next weekend, so you'll get another look at this). They wanted to cook the Green Pancakes for lunch, and build & play with the Pot O' Gold game. 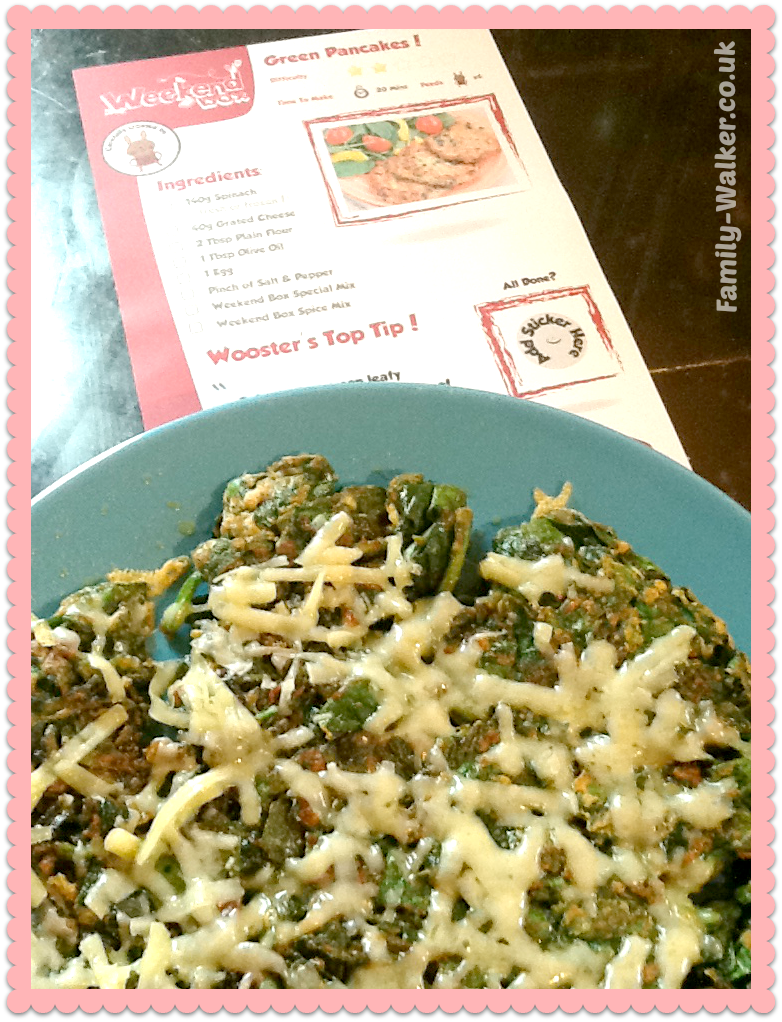 This was great! How often do you come across a kids recipe and not need to nip out and buy SOMETHING? We had everything in for this already, even the spinach (my preferred alternative to lettuce).

It was very simple and easy to make, Jack and Tom had no problems with it - they are within the target age of 3 to 8 - and even Georgie joined in by helping to add the chopped greens to the mix.

It claims to serve 4 as a light meal served with salad, and we managed to divide it between 5 of us with a few bits on the side. I was a little worried that the kids might not eat it because there was some spice (included in the kit by the way) and they are adamant they don't like to eat "leaves" ... but not a scrap was left on their plates! The magic of cooking for them selves!

(Maybe they should do it more often!) 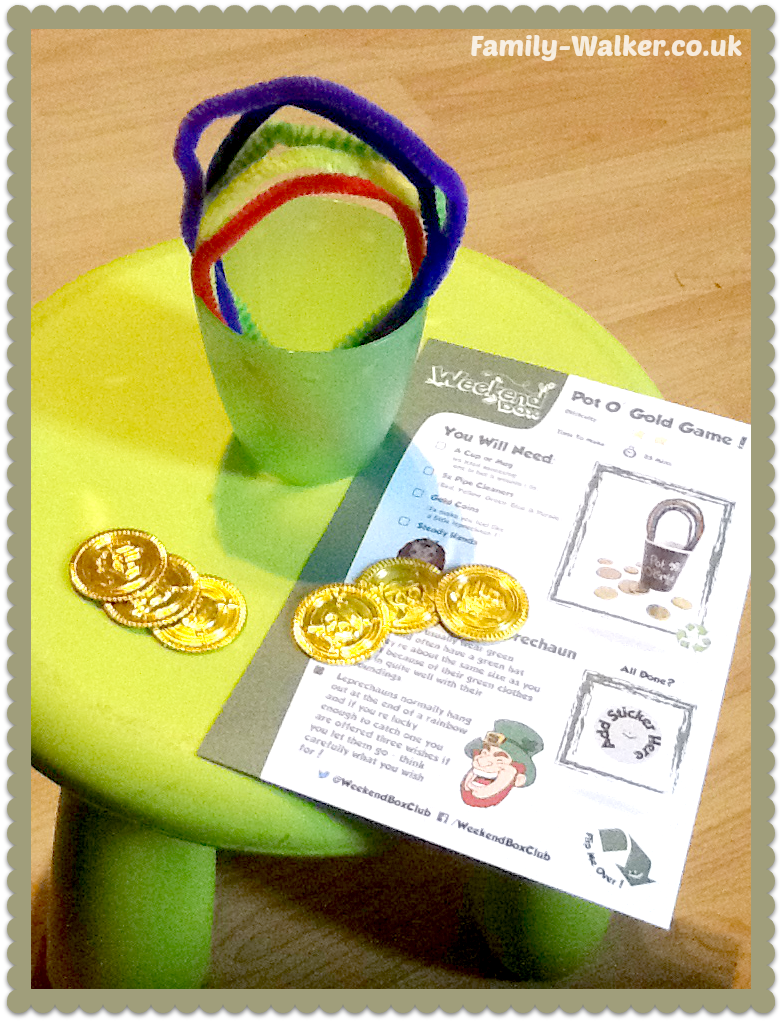 The kids chose which kit to play with today and this was it, a game they could play together after they had made it!

This kit comes with everything you need except a cup. And who doesn't have a cup? Exactly! Jack read out the instructions for assembling the game and the kids took turns it putting it together. We sang the "Rainbow Song" while we did it so we could remember which order the pipe cleaners went in!

Jack enjoyed explaining the rules of the game to his younger brother and they played for a good while (before one accused the other of cheating... siblings!) and then we talked about Leprechauns for a while.

With St. Patrick's day just round the corner Jack wants to take the instruction card to school to show his class and see if they want to make them and play too! 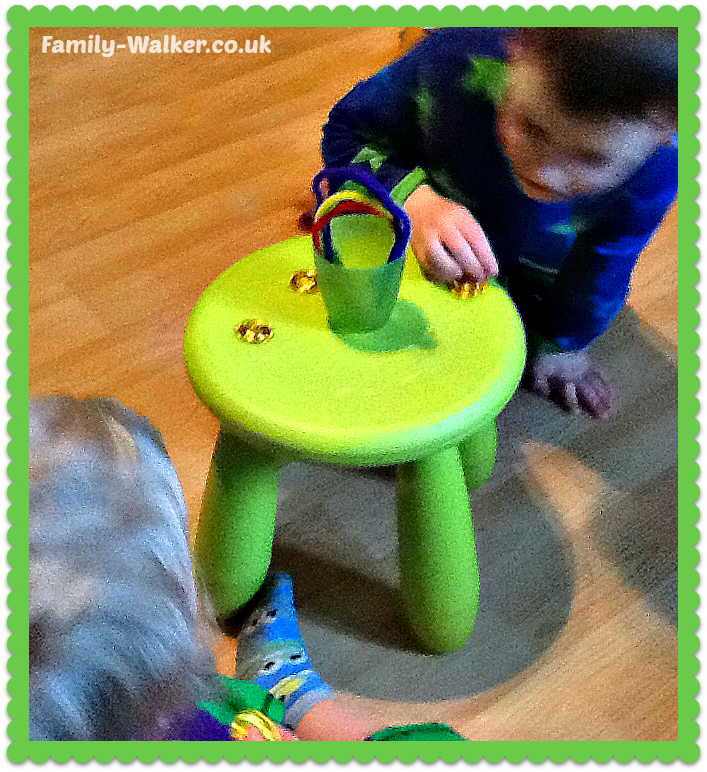 We've really enjoyed it so far, and we're looking forward to trying out the other two kits too.

Get your first box for free (including delivery)! Your unique promo code is CHARLIE74 and can be redeemed at www.weekendboxclub.com


We have been asked to play with and review this Weekend Box Club Box. We have not been paid to do these reviews, all opinions expressed are our own. We did get to keep the products.