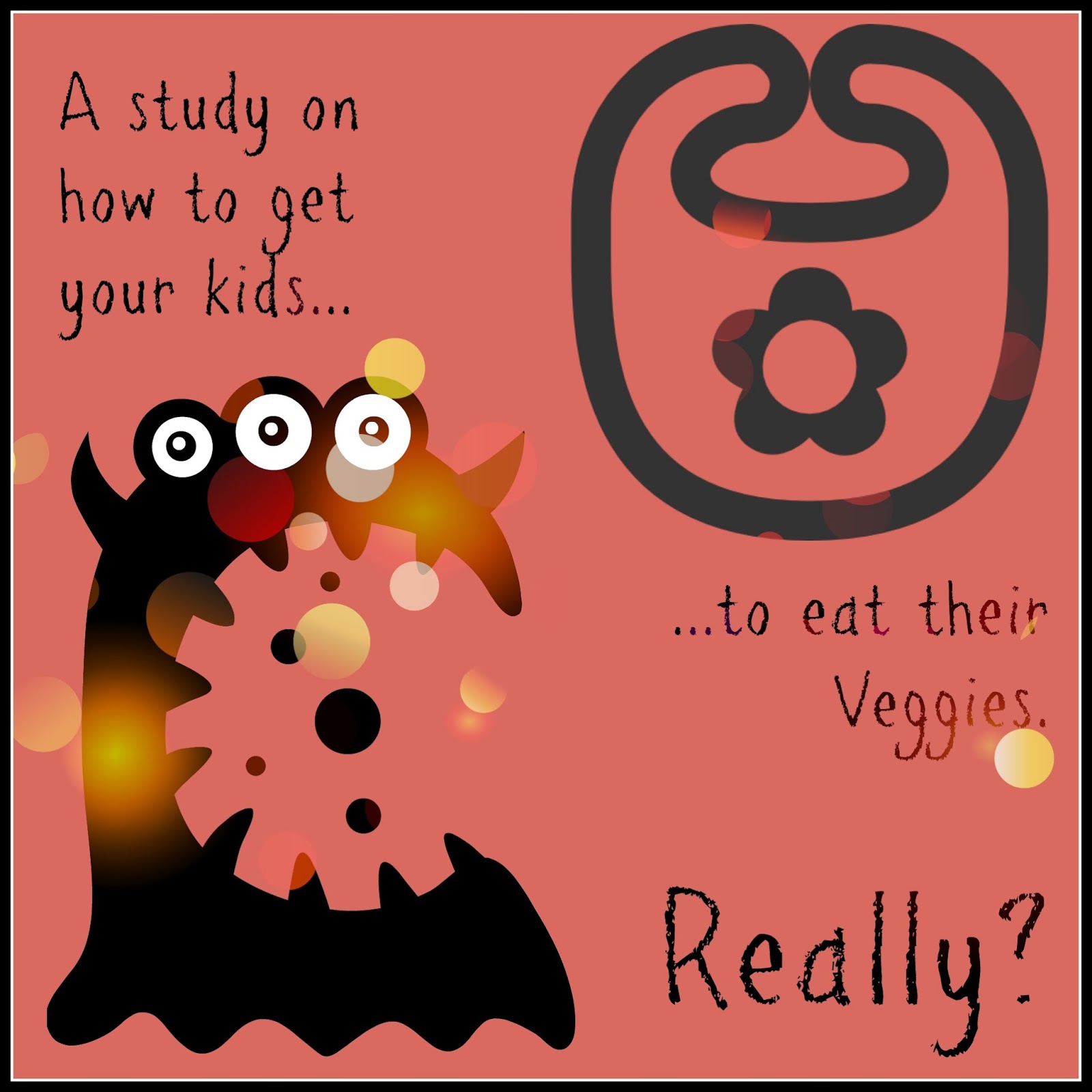 Gah.... It's another "teaching parents to suck eggs" study.

According to the BBC there has been a study done to see if children can be convinced to eat vegetables if given them regularly. Apparently 2 in 5 children will start to eat a certain vegetable if they are served it between 5 and ten times (Presumably in a relatively short space of time, hopefully not daily. No one wants the one same veg ten days in a row!)

My question is..... did we really need a study for this? Is it not common sense?

I have 3 kids. Jack is 6 and eats ALL the veggies he is given, often asking for seconds in things like broccoli and cauliflower. Tom is 4 in a couple of days and, while he isn't a fan of veggies like Jack, will grudgingly eat pretty much what ever I give him - even ones he calls "yucky" like leeks. Georgie is 2 and will still avoid veggies where he can unless they are his particular favourites. I'm confident this will change over the next few years as it has for his brothers. Meantime, he loves his fruit and I can hide veggies in his meals to make sure he eats some of them.

At no point have I made a conscious effort to repeatedly serve the same veg to my kids. Neither have I "given up" because they haven't eaten them. Veg is vital. I'll keep serving it.

I have adopted a number of different ways to convince them to try veg which have worked with my different children at different stages.

I've found that explaining what a wonderful thing vegetables are and what vitamins etc in each will do for his body was just the encouragement my super-fit Jack needed. He wants to be fit, healthy, strong, and tall. Eating his minimum of 5 a day will help him get there!

Tom is less bothered about such things at his age, but he doesn't like to get poorly. He says he doesn't like vegetables and I'm sure he's telling the truth as I honestly don't like them much myself. So I explain to him that I don't like them either, but eating them will help us both stay healthy. He sees me eating mine, and I encourage him to eat his vegetables FIRST at each meal time because they will taste better before he lets them go cold, and once they are gone they are gone and he can get on with enjoying the bits of his meal he does like - like his meat! We do the same with the crusts on sandwiches. Plus boys in our house who eat all their veg are more likely to get a reward such as staying up a bit later, or even (gasp) a sweet treat of some sort!

With George there isn't much I can do to talk him round just yet. He's only just 2 years old and reasoning with him isn't working at this point. But he gets offered exactly the same food as the rest of the family and sees us eat it. Sometimes he tries it, sometimes he doesn't, occasionally he shocks us all and scoffs the lot! I'm sure it will come with time, and in the meantime I know he is getting enough of what he needs through the meals that have "hidden" veg and all the fruit that he eats.

I find that serving a variety of veg (essential for that 5-a-day to work anyway) cooked in a variety of ways helps too. Surprise surprise the roasted veggies I tend to serve on a Sunday get inhaled! But we also fry or stir fry, steam, bake, eat them raw... It doesn't take long to work out which ones are the family favourites and yes they get served the most often, but there is still that variety in there.

This is what works for my family. It's common sense to me.

I didn't need a study to tell me how to feed my kids. I do what my mum did, which is what her mum did, and likely her mum too, and so on back through history..... It's along the lines of "this is what there is to eat, it's good healthy stuff. Eat it or go without because I'm not making anything else tonight". I'm certainly not going to give up and give them junk instead just because they've said "yucky" and pushed their plate away in disgust a couple of times.