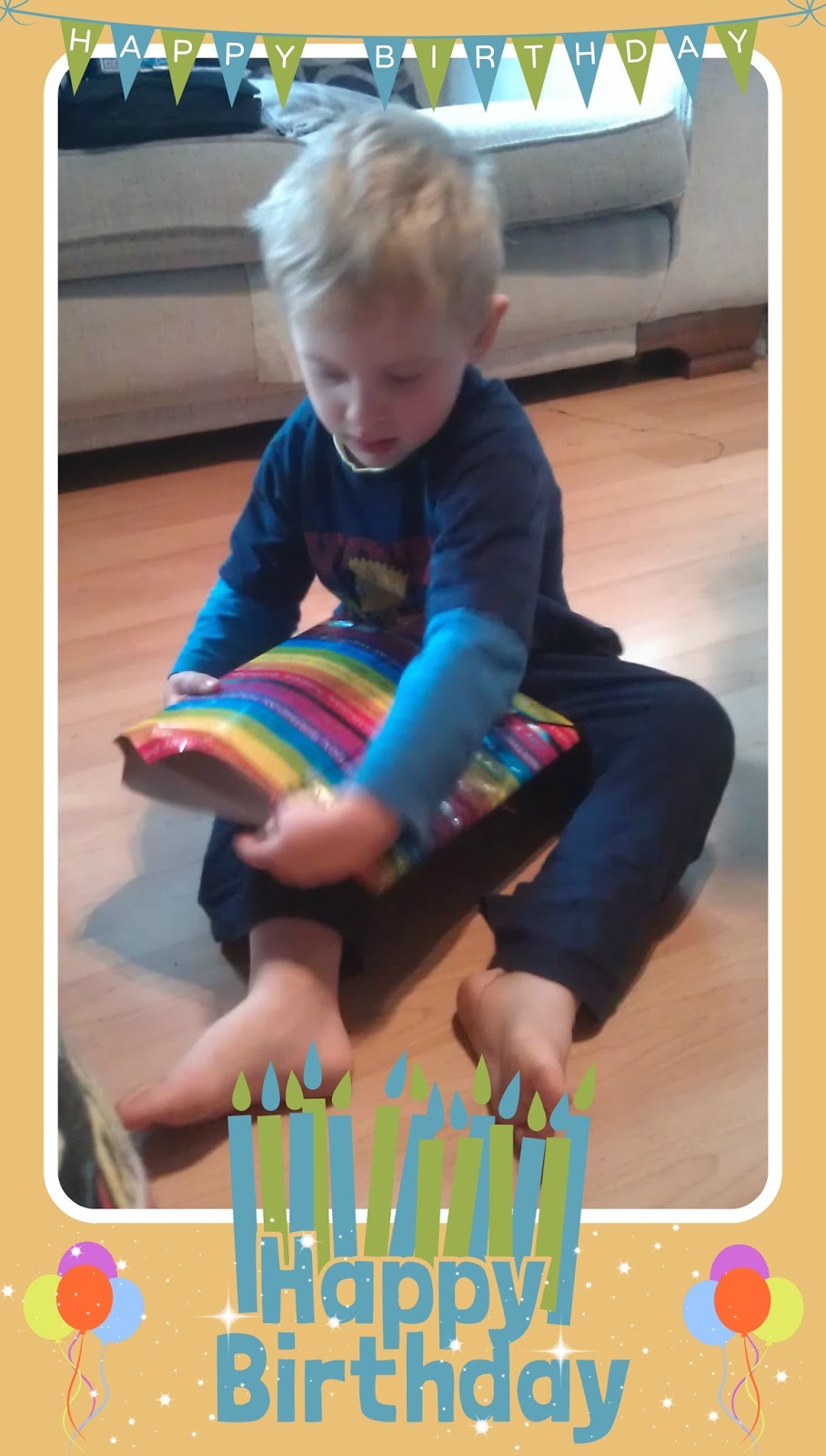 He's actually very lucky to be having a "birthday" as he's been a little horror of late. We had warned him that all celebrations and presents would be cancelled if he didn't start to behaving him self better.... he worked his way back though. Just in time!

This year the theme has been largely Playmobil and Play-Doh! Oh, and he got a Lexibook Junior same has his brothers. Just like Jack he has chosen NOT to have a party this year and go to the cinema instead, only he wants to go and see How To Train Your Dragon 2 which isn't out yet. Not sure what to do about that.... Go and see something else AND that later in the Summer, or just hang on? I guess we'll see. Other than that it's take away pizza for dinner and an Angry Birds cake for afters!

Just to show how grown up he is Tom has also declared that he will no longer be wearing nappy pants at bedtime! He want to try being dry at night as well as through the day! Well, I'm all for that. I was planning on suggesting as much soon anyway. I'm taking it as a good sign that he want to do it all by him self. And since I'm up 2-3 times a night to go for a wee myself it's no great difficulty remembering to "lift" him for a night-time pee too.