He did so well! It was a shaky start, he was restless in the night and stroppy as hell when he got up this morning, but once the uniform was on he got better. Even smiled for his photo (was fully expecting a sulky face and tears like we usually get when I try to get a pic of him all scrubbed up nice).

The walk down to school was nothing new for him, nor was playing in the yard with Jack and his friends, so maybe that helped. I had asked Jack to come in to school through the Reception door with me and Tom but he forgot and ran off with his mates through the main door once the bell had gone, and I still had all his stuff. So I took Tom in, helped him get his coat and bag away where they had to go, and once he had found a toy to play with told him I had to nip off and give Jack his things but I'd be right back. He was ok with that.

Only getting though the corridor in Key Stage 1 is a bit like running the gauntlet! Parents, kids, prams, discarded coats and bags all over... I got to Jack and handed him his things, gave him a kiss and cuddle, and tried to get back to Tom, all the while being accosted by parents and teachers wanting to congratulate me and meet "Jack Walker's newest baby brother". By the time I got back to Tom's class he was already sat at the teachers feet with the other newbies. One of the assistants assured me it was fine to go and say goodbye - just so he knew I hadn't lied about coming back - and I popped over to give him a quick kiss goodbye. He was smiling and relaxed, and not at all bothered that I was late getting back to him, or that I was leaving. In fact I think he would have been happier if I had buggered off quicker and with less fuss!

When I went to fetch him at lunchtime he was happy to see me, but not bursting to get out of class. When I asked him how his first day of school went he simply smiled and said "awesome!"

Cracked it, me thinks! 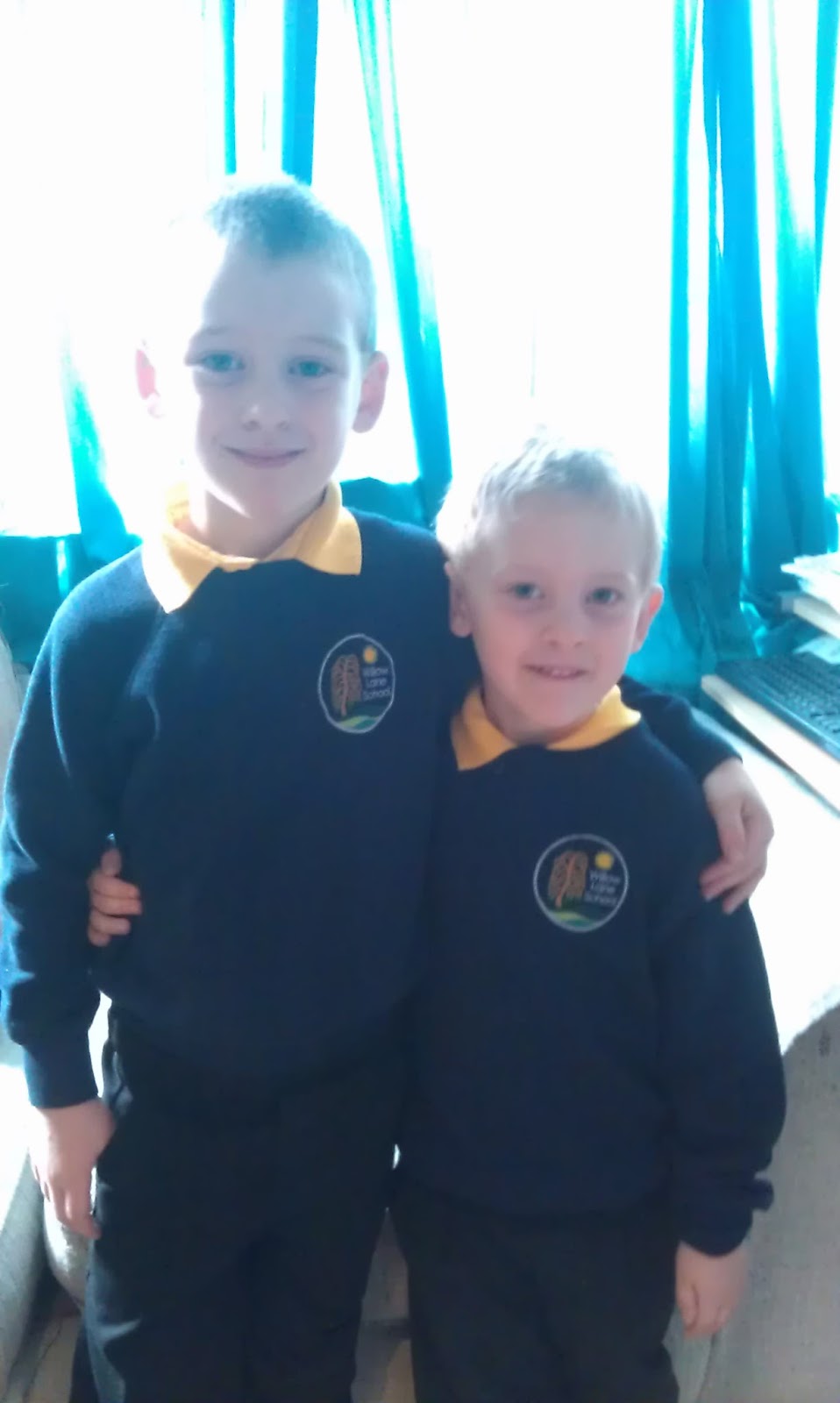 Its Wednesday before Georgie goes back to nursery, but he's going back to where he was before the summer, so I think that should be ok. I expect him to be a little clingy but he is easily appeased with a cuddle from his (much loved) key worker while I duck out.

And in other news: the health visitor came to see Freddie today. He is 5.6kg / 12lb 5oz and not even six weeks old until Sunday! That takes him right out of his Newborn cloth nappies and into Small, and into 3-6 month clothes too.

No wonder he's feeding so much, and no wonder I'm so bloody hungry all the time! A supper time snack of banana, Nutella & peanut butter butties seems to be doing the trick Well.... It's my excuse to keep eating them for now! I really should try to break my licorish habit though as it is starting to have a negative effect on me AND Freddie IYKWIM