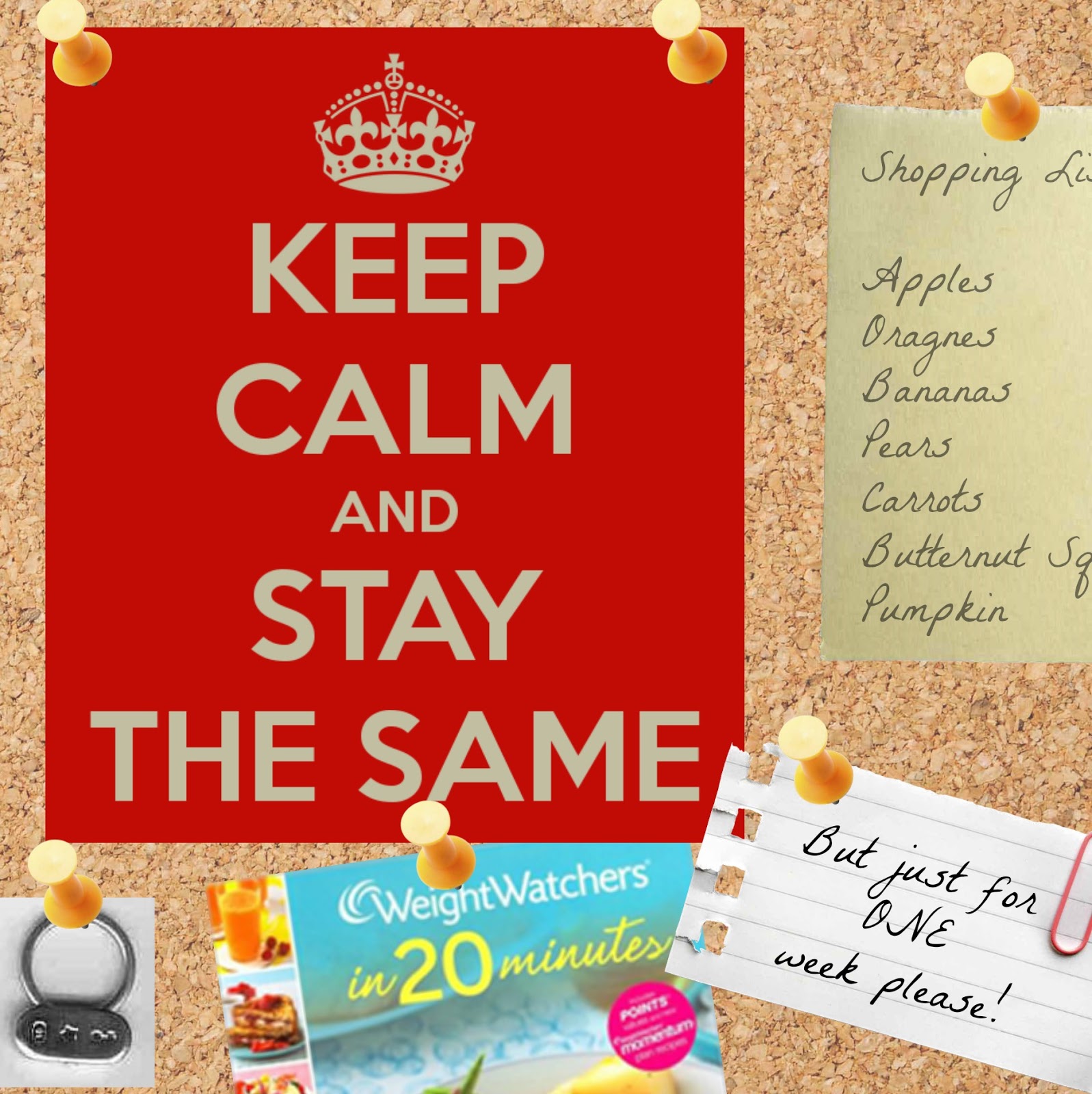 We're recovering from a naughty couple of days food-wise. It was Hubby's birthday on Friday so we had an Indian Takeaway - including starters and sides - and then we had cake too. And more of the cake on Saturday too.

So I'm not in the least bit surprised that this week I have a "Stay the same" result from the weigh in.

Hubby, on the other hand, has lost! He is now 17 st 8 lb! The Wii Fit cheerily announced he had lost 5lb this week... and Hubby doesn't believe it! Especially since he went out drinking with his buddies on Fri night after that takeaway. I reminded him that last week he had a 2lb loss that only recorded as 1lb so some of it will be balancing out from that, and there was the possibility that he was still a little dehydrated from the booze.... but honestly, he should take the 5lb loss result and run with it! I would!

Things I have learned this week:

Targets for this week: