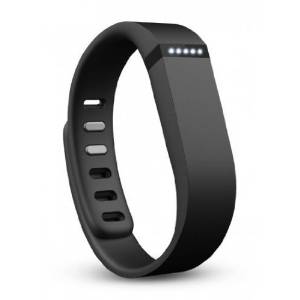 I'm constantly looking for motivation to keep moving, and for confirmation that what I am doing is worth while. I am by nature a very lazy person, I would much rather sit on my bum watching telly, reading, playing games. Now that my weight has dropped below "obese" I am needing to do more work to earn the same number of Weight Watchers Active Points too.

Until now I have been "guestimating" my Active Points... recording roughly how long I have walked for and always recorded it as "gentle" walking. But I'm thinking that's not good enough any more. Now I need more. Especially if this is going to be a lifestyle change rather than "a thing I do to lose weight".

I can't get to the gym or the swimming pool yet - Freddie is still exclusively breastfed and fully reliant on my presence - which why I took up walking while babywearing in the first place, and why I prefer the Wii Fit etc at home to attending sessions and classes.

Now that My Fitness Pal and Weight Watchers have both teamed up with Fitbit it seemed like a FitBit Flex would be a sound investment. You can buy them direct for Fitbit, from various online stores like Amazon (that's where I ordered mine from), from Weight Watchers themselves, and a number of sellers on ebay. What appeals to me is it's ability to track and record my movement and translate it Weight Watchers Active Points for me, and record it on my My Fitness Pal account too.

I'm hoping I do better with this than I have with previous fitness investments: the exercise bike that broke on day one, the trampette that became a hazard when the kids thought it was for them, and the tummy cruncher which became nothing more than a toe breaker after it was shoved under the bed and forgotten about! Walking while babywearing is something I have stuck with. As is the Wii Fit. Hopefully wearing the Fitbit Flex will encourage me to stay with it and increase my activity too!

I've been using the FitBit Flex for over a week now. This weekend I recorded a 3lb loss after a couple of 1lb loss weeks. I'm putting that down to the additional exercise I did while wearing the FitBit! I have set my self a few (low) challenges, like 8000 steps a day - I plan to work it up to 10,000 a day. I'm taking a note of how well I sleep (which isn't great with a nursling). I am just LOVING the conversion of activity to Weight Watchers Active Points too, I earned 15 this week! And that's with a couple of slack days due to being housebound with poorly kids.

I'll keep you all informed of how well it's working out for me. And in the meantime, take a look at the FitBit website and which of their products would work best for you!