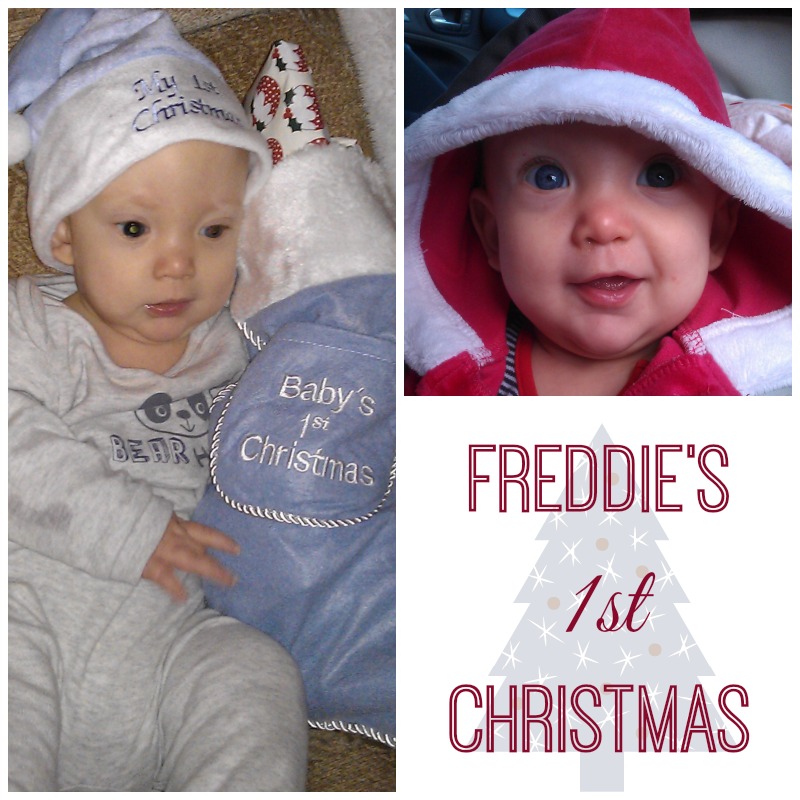 It's not been easy finding presents for this lad. Being the 4th boy born in 7 years means that you already have everything that a 5 month old baby could ever possibly want or need! But we managed to get a few things wrapped up for him. Mostly clothes and things to nibble now that he's showing signs of being ready to eat bits of things. Mostly I have just put money aside for when he is older!

It was great to break out that Baby Santa Suit that all of his brothers have worn for their First Christmases. I admit I am a bit sad that it is it's last outing for this family.

But anyway, before I start getting all tearful about no-more-babies, let's talk Christmas! We've had a great time! I took the kids to my Mum's a day early this year (to avoid some major stress) and then went home on XMas Eve to fetch the Hubs from work and bring him back to his boys. The had a good Christmas Eve, putting out a mince pie and glass of sherry for Santa, and the biggest carrot you have ever seen for the reindeer - which they all hugged to give it extra magic! Georgie's idea. They went to bed without any hassle at all - might have something to do with the Good Behaviour Tick Chart I had going (as they had LOST Christmas a few days earlier by being vile brats) - and even SLEPT IN on Christmas Morning! We had to get THEM up!

Santa brought them the presents they had asked him for: Skylanders Swapforce DS game for Jack, Skylanders Whallop character for Tom, and a Peppa Pig house for George. Mummy & Daddy provided a Kindle and two Leappads, and Nana bought them the Imaginext Lions Den Castle they had dreamed of since August. Freddie got some interlinks, clothes, books, and cuddly toys. I might have also bought the big lads Minions onesies (I couldn't find one for Freddie). 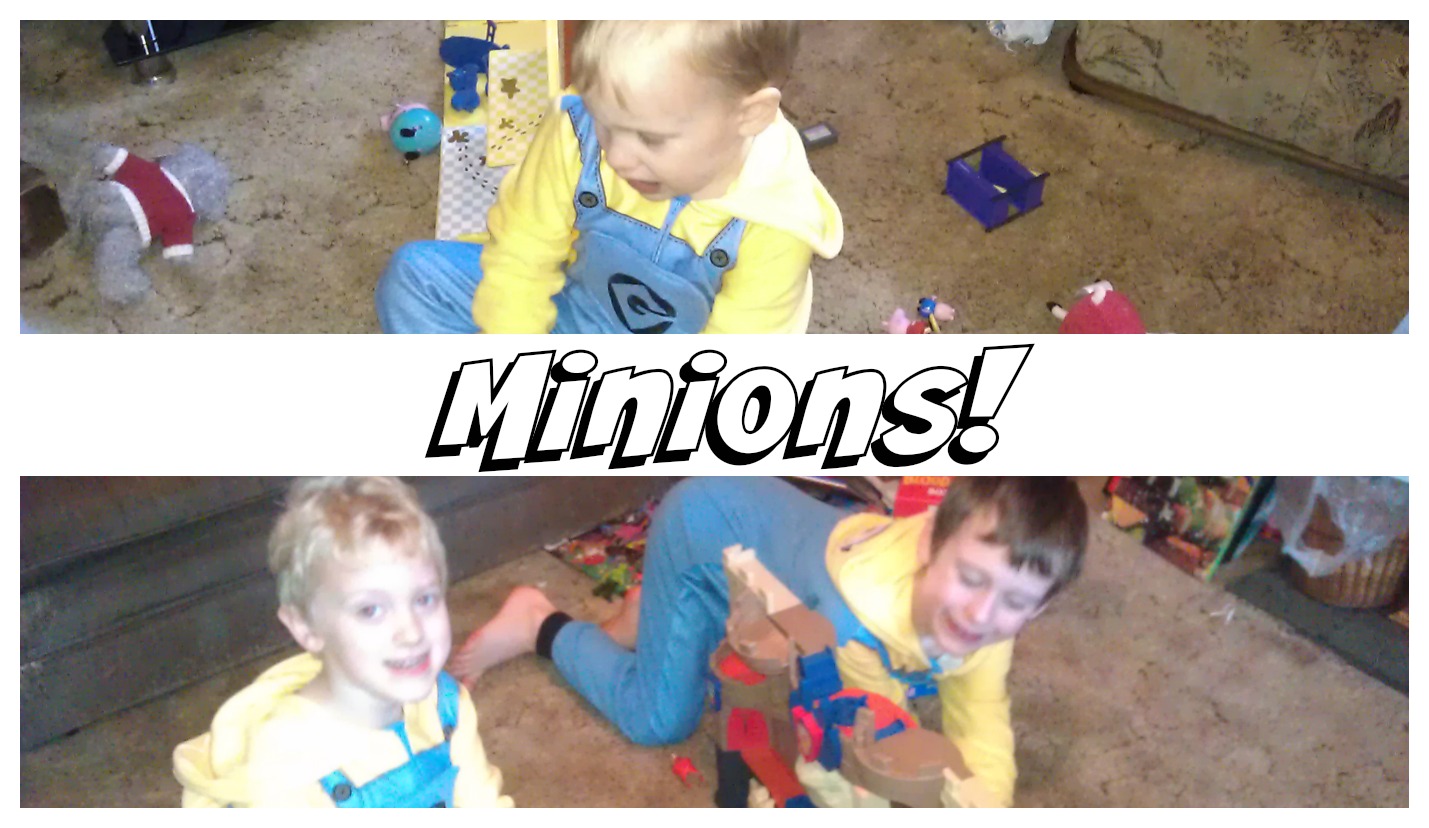 Christmas Part 2 happens at Aunty Jenny's House! My lovely Sister-in-law and her Hubs cooked Christmas Dinner for us all, and the kids descended upon another mountain of presents. I have no idea who got what or from whom, but it's all awesome. Oh... and Georgie decided to open most of Uncle Ash's presents too! Whoops, sorry! 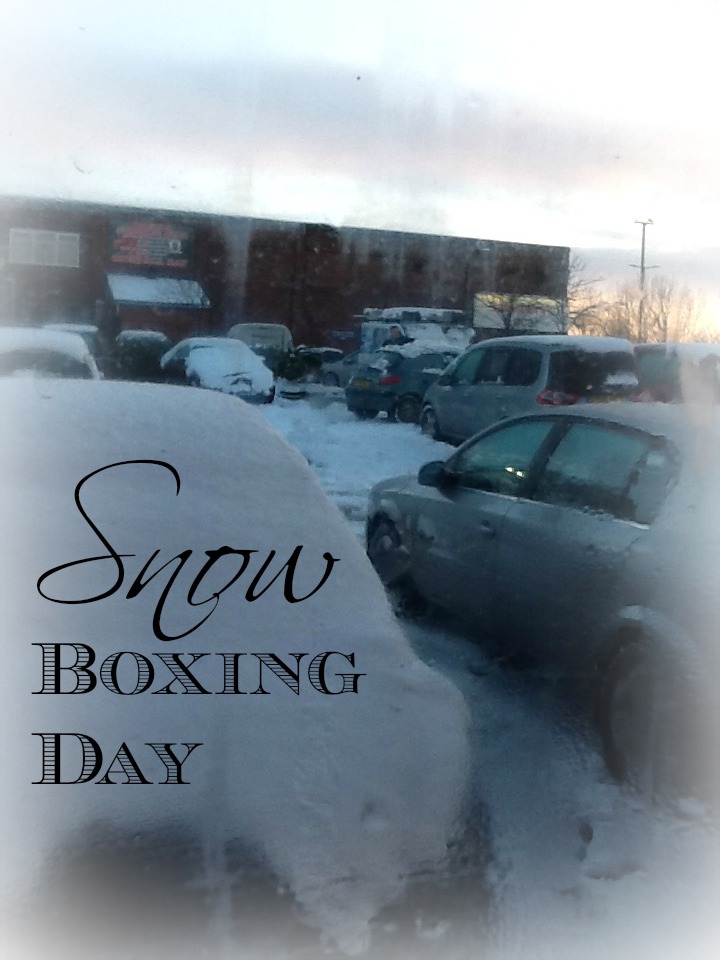 But as much as the kids loved their presents, the best part of Christmas for them had to be Boxing Day. Because it SNOWED! And I mean, it really snowed! We don't get much snow where we live and it just about NEVER snows anywhere near Christmas so the kids thought this was epic!

Me.... not so much. It was a terrifying drive to the hotel in a blizzard and un-gritted roads, and an hour or more or hard work digging the car out (and half the car park, and two others cars, with the help of a BMW driver) the next morning. But well worth it for the boys!

It seems like where we were was the worst (best) hit for snow across England! It made the news and even my Dad heard about it in France. But it didn't stop us from getting about. We visited family and made our way back home before New Year - and found that Santa has left presents under our own tree from Papee & Mamee, and Grandma Kate & Dave too.

Spoilt, my lot.... utterly ruined! And I love them to bits!