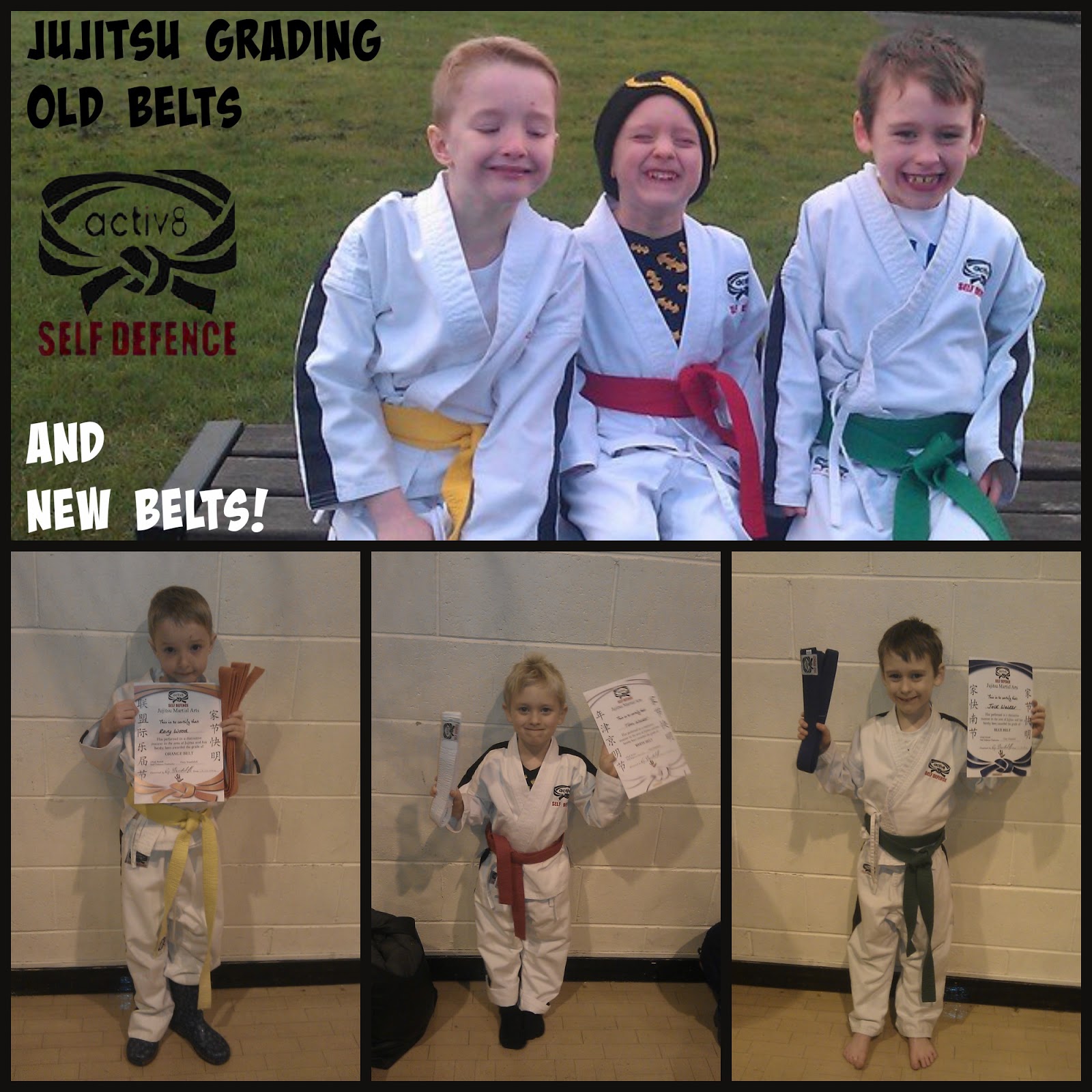 It's that time of year again! Jack and Tom have been preparing for their grading since September. Jack is used to the whole process now, but for Tom it was the first time. This time we were taking Jack's friend Rory with us - he goes to a different school but does jujitsu with the same club.

As usual parents can't stay to watch, so after dropping the three of them off I went for a wander to get some steps in for my own fitness (and a coffee and mince pie) with Freddie. In the freezing cold and bitter wind of Morecambe in December! Lucky old Hubby and Georgie stayed at home in the warm! Freddie didn't rate it at all - if he wasn't still 100% a boobie baby I wouldn't have dragged him out in it and left him home in the warm too.

When I got back to the school and queued up to get in and watch the belts be awarded I wound up chatting with another mum. We got on really well, and it turns out that her hubby is one of the leaders at Jack's Beavers colony! Small world!

Typically, when we were allowed in, I found that the three lads were placed as far away from each other as possible! The sports hall / dojo is split into 3 sets of mats with 2 different belt gradings happening on each set. And they were each on a different set of mats! Still, I managed to get a quick photo of them all, and since I could only be in one place at once I managed to get a wee video of Tom being awarded his first belt. 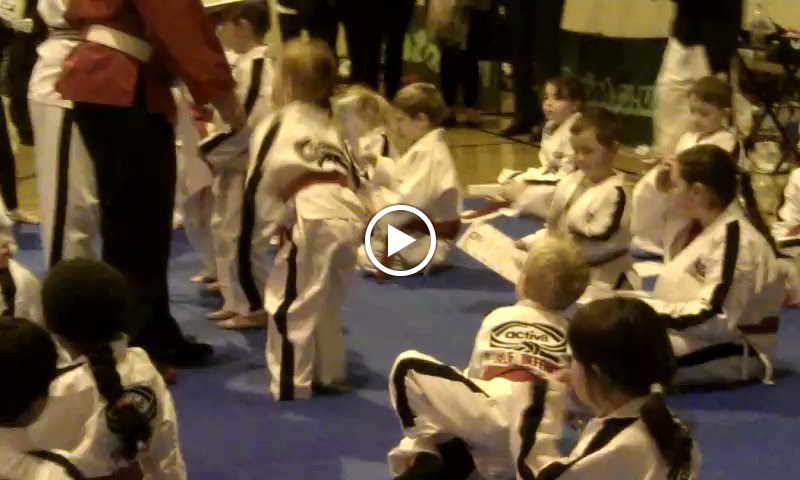 They were high as kites from the excitement of it all so I bundled them all in the car and set of back for Lancaster. We'd planned to go the McDonalds drive through on the way home, but I think every other family had the exact same idea and the queue was horrific! So I treated them all to a (some what late) lunch as Subway instead.

It was a great day - but I'm very glad it's only twice a year, and veryVERY glad there's only one winter grading! Brrrr!