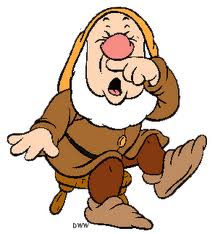 I've been ill this week. It was only a matter of time with most of the kids being poorly last week. I thought I had managed to fend off the germs... but no. They got me GOOD! I lost the whole of Wednesday. Me and baby Fred stayed in bed pretty much all day. I only surfaced while Hubby went on the school runs as we were expecting deliveries. Although it could have been much worse; my poor walking buddy has mumps and it totally out of commission for the whole week and more. On reflection one day in bed with "man flu" and the rest of the week with a stuffed up head and almost no voice seems like nothing! So the upshot of this is that I did very little in the way of exercise this week. I made one trip into town. I didn't use the Wii Fit. It was all a bit poor really. I did eat into my "Weekly" points, but didn't go over them!

I did spend 3-4 hours wandering round a shopping centre on Monday (where I bought some size 12 jeans that fit!!!) but was pushing Freddie in the pram as slings are no good for trying clothes on, so the Fitbit didn't record as many steps (no arm swinging, should have brought the pedometer instead) and I kind of blew a day and a half's points on Christmasy lattes, panini, and cake.

And then there was the takeaway on Friday too. I felt so run down and so tired that when I looked in my near bare cupboards & fridge - on account of having been poorly mid week and not gone shopping - I had no inspiration to invent a meal from scraps.

Hubby had a bad food week too. Although I've been too ill to notice what little extras he's been sneaking most of the time. I have found the peanut butter on the kitchen side a couple of times, suspicious by it's proximity to a teaspoon... (much the same as my Nutella eating!)

Not a great week, but I still managed a good loss. I need to get out walking again and not bookend the week with "off" days. I know there's nothing wrong with the odd take away but given the blooper that was Monday's food diary I shouldn't have done it this week!

At least I didn't over eat the rest of the time. And I have NOT lost motivation!