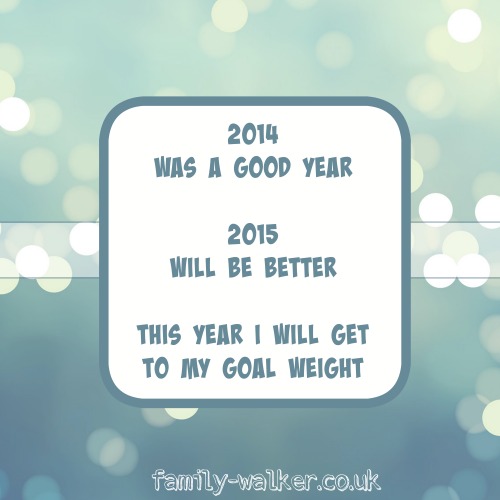 So the diet holiday has ended. Today I am back on it!

This week has been the "Big Eat Up" where we have enjoyed as many of the edible gifts as we could before weigh in today. It wasn't as easy as in past years! For me, it's clear that I cannot eat as much as I used to. I get full much quicker. I feel stuffed and uncomfortable now, and I never used to. We have NOT been able to eat everything! We still have a bit of Christmas Cake left (that will go today and be pointed), we still have some chocolate biscuits, Thorntons chocolates, and about 6 packets of Jaffa Cakes left too - and that's just our stuff, I'm not counting the kids chocolate as we don't touch theirs. So what's left is going to be eaten slowly and sparingly - and pointed! Sunday treats, a tasty tid-bit on a day with low points. I think I might enjoy them more for being a spaced out treat!

The only thing I need to worry about it now is temptation..... knowing that chocolate is in the house has always been a problem for me.

The Hubby got on the scales today. It's the first time since before Christmas. And it told him he had gained 9 lbs. He's not happy, but he's not about to chuck himself off a bridge either.We know where it's come from: mostly cheese! He reasons that it's 3 lb a week over Christmas Diet Break and that's not too bad. Personally I think it will drop off him again pretty quickly now that we're back on Weight Watchers.

My weigh in was a gain this week, 2lb. Not great but it could have been much much worse. Over three weeks I have gained 3lb, lost 3lb, and gained 2lb again. A total 2lb gain over the Diet Holiday. I am pretty happy with that!