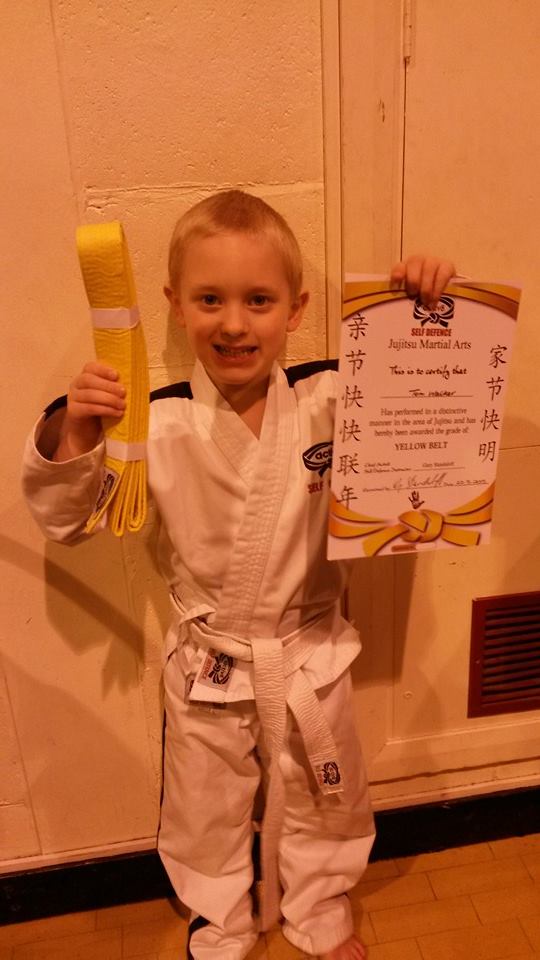 Jack is now grading less often because he is that bit older and that bit further on, so this time it was Tom grading on his own without Jack. Tom was a bit nervous about this.... I guess with having always had a bigger brother to tag along with and then suddenly doing stuff on your own can be a bit daunting.

I dropped him off at the dojo (and took a long walk to rack up some much needed weekend steps on my Fitbit) and came back at the end to see him proudly accept his yellow belt! He was grinning from ear to ear when I arrived, and I managed to get a good spot by the side of the mats to watch him get his belt and certificate.

Afterwards we had our traditional post-grading lunch at Subway - which has always been Jack's choice but Tom wanted to stick with it.

I am loving seeing these boys enjoy their activities so much and doing so well!