April 05, 2015
Whew! We've made it to Easter Sunday! It's been touch and go with the kids these last few days. To say they have been acting up would be a massive understatement. They were told that if their behaviour didn't improve then the Easter Bunny would not be paying them a visit - which would mean no chocolate eggs other than the small one we had bought them (coz they knew about that - although they were a whisker away from losing that too), no egg hunt etc. They didn't believe us. They didn't behave. Only Freddie had a visit from the Easter Bunny! Three sad boys on Easter morning.

We have stashed the other eggs. If their behaviour goes back to how it should be then they can have them NEXT Sunday. But we haven't told them that.

I've hated hold back on the half-a-carrot-and-pile-of-jelly-beans-outside-their-bedroom routine like we've done in previous years, and not filling little plastic eggs with treats for them to fine around the house, the mountains of chocolate eggs (they have 6 each this year!!!) but they have behaved like selfish, entitled brats for the last few days and we're taking a stand. I get that they are excited and hyped up because of the holiday, that's to be expected, but they have been exceptionally painful and flat refused to reign it in for even a moment.

So it's been shock time.

And I think it's worked. They have been allowed a small egg each, but reminded they have had much more fun and more treats in the years when they haven't been total monsters, and they have been much calmer. We've still done stuff and had fun, but they know they could have had so much more if they had just tried a bit harder to be good a whole lot sooner.

Meantime: Freddie thinks that this whole Easter thing is flipping AWESOME and can't understand why his brothers weren't as good as little Angels if this was the result! 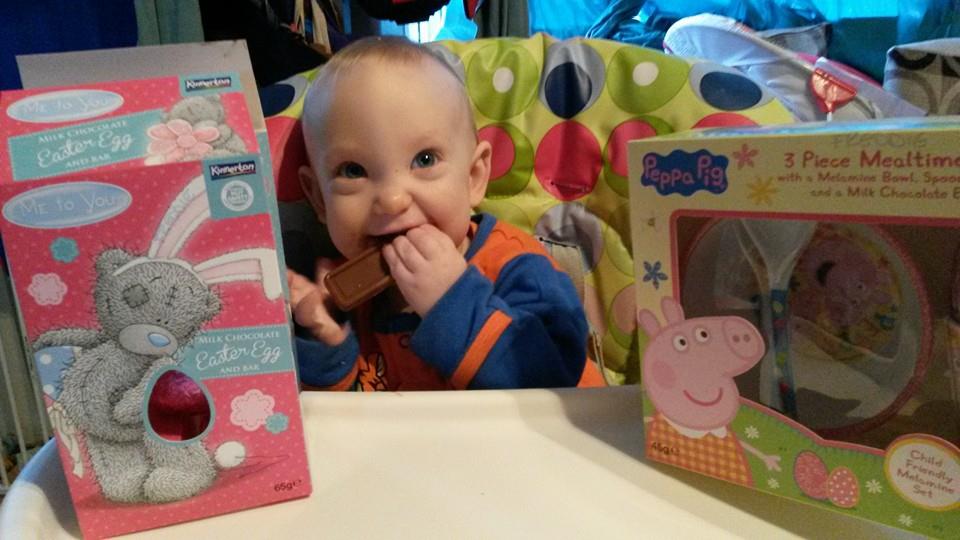